this supposed to be the famous  stall at eunos then changi road before relocating to serangoon gardens. & the stall holder used to be known for clanging his ladle on a plate when he cooked his noodles.

it was almost 12pm, & there was a queue of about 8pax ahead of us, though when we collected our bak chor mee, there was only 1 person behind us. 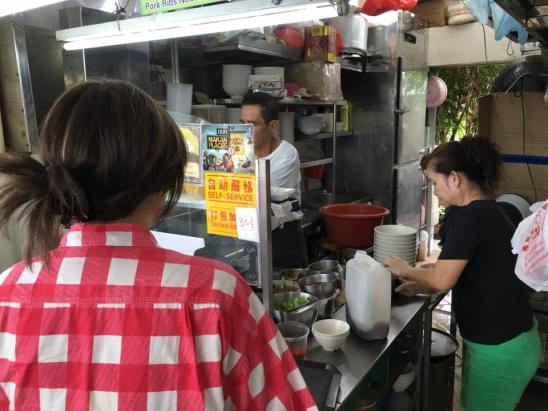 however after all these build up, the results was much below expectations la…. 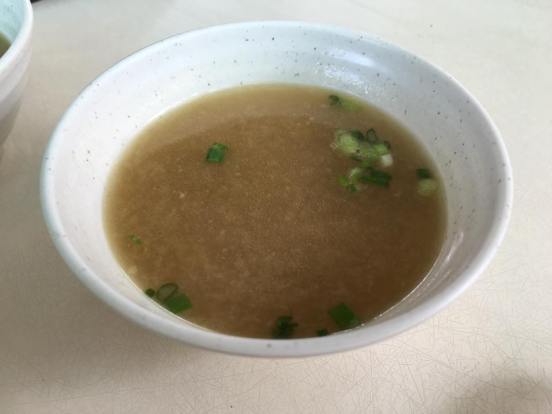 today the soup was quite tasty….

“that should have been promising, however the results were very disappointing. i would say the bakchormee was totally mediocre, can probably get better from any coffeeshop or hawker centre.

for us, the main failure was the chilli. i went to ask for more chilli. chilli looked potent but it had no taste no kick. my wife’s mee kia (thin noodles) was still qq, my meepok was becoming soggy.

and today i said on my FB-

Quite surprise noodles soggy not qq …I thot any body can make qq noodles nowadays???

not really poor but definitely below expectations….soup good got tipor taste…good ingredients but chilli mushroom sauce oso not super…

2 times over a 2 year gap the same mediocre experience quite enuf for me. don’t think i want to try this bak chor mee again.