my wife has a tradition of inviting our families over for homecooked dinner on CNY second day. we had 26pax.

my niece & her husband are buddhist & take vegetarian though they are not picky & will take vegetables even if they were done with meats. 🙂

in 1 of the dinners previously i made them a spanish omelette, a potatoes & onions egg omelette. this time i made them a fungi linguine. 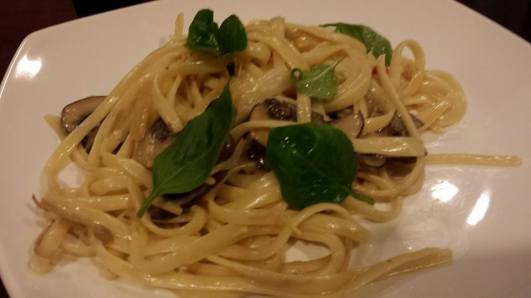 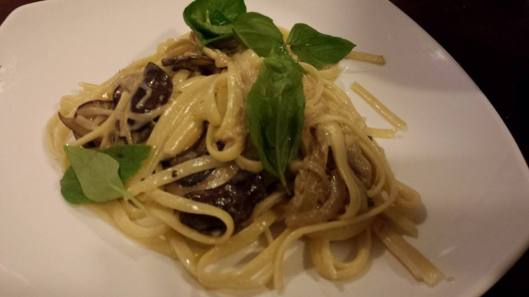 i would prefer button mushrooms but i only had shitake. still, the mushroom flavours were very intense. the linguine was al dente & just the right texture. i added about 3 tablespoons of heavy cream to about 200g pasta. it was smooth & not too creamy. pasta was quite excellent. my sister-in-law was also vegetarian, and my niece’s husband took a second helping, so it managed 4 average portions & 1 portion left shared by my nephew & wife.