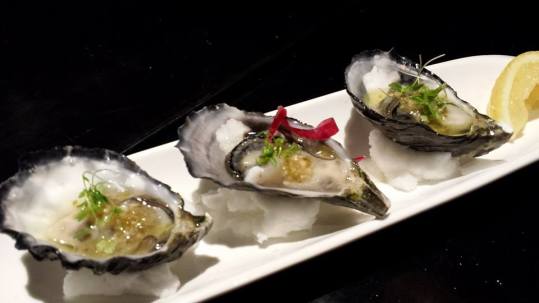 dinners at mikuni are always so very enjoyable. see recent post on a wonderful mikuni dinner on 31.3.2014.

we were there again on 23.6.2014. this time we ordered the chirashi don, oysters & golden prawns, in addition to the usual.

the chirashi don was so, so very nice. this must the best in singapore or anywhere for S$45++ after 50% feed at raffles (FAR) discounts. 🙂 needless to say, it was far, far better than sun with moon or chikuwatei. not only there was uni, 2 pieces of chu toro, & a huge botan ebi, all the other cuts like salmon, tai, hamachi, hotate were so sweet & fresh & so very many. 🙂

it was kind of a late discovery for us, as we dined quite a bit at mikuni but we tend to take the cooked food rather than sashimi.

we had the usual botan ebi sashimi (S$42 for 3 pieces) & had the head deep-fried.

& we all loved the sous vide tako kari kari age. 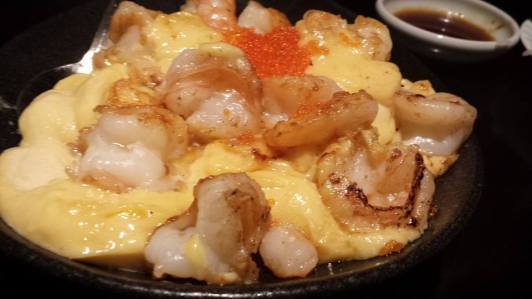 & the golden prawns (basically teppanyaki large prawns with lots of mayo) was really good! each of us had about 5 prawns, so there must be 20 pieces. we took very little mayo but this mayo taste was very good. 🙂 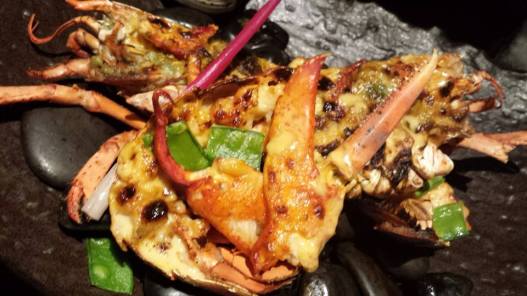 the lobster uniyaki today was below the usual standard. i had always liked the lobster but somehow this time the lobster meat did not have the usual bouncy fresh texture. couldn’t say it was bad but c/w the golden prawns, it was substantially poorer.

& the kagoshima wagyu konabe was as good as ever.

i think i gonna go back just for the chirashi don. 🙂