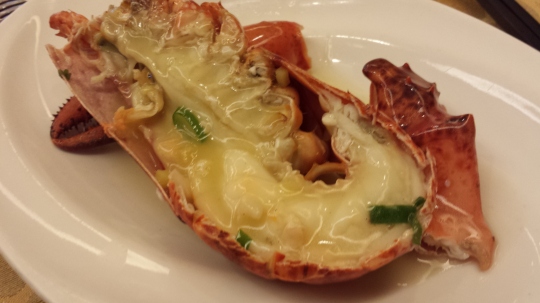 P.S. there was another S$156 4pax 7-course set promotion at ah yat @ turf city but this was still better!

in terms of quality of ingredients & taste, it was quite superior to the value lobster set i had there previously.  i would say it was equal or even better than the fine dining lobster & abalone set at xin cuisine. 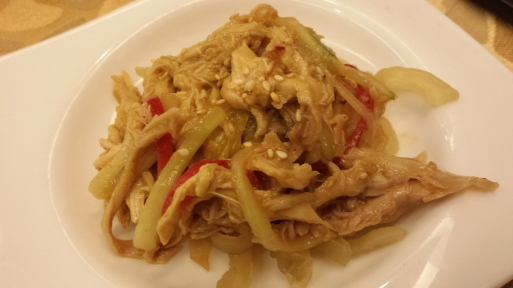 the starter was a shredded chicken in sesame salad. it was good, tasty & the helping was rather large. 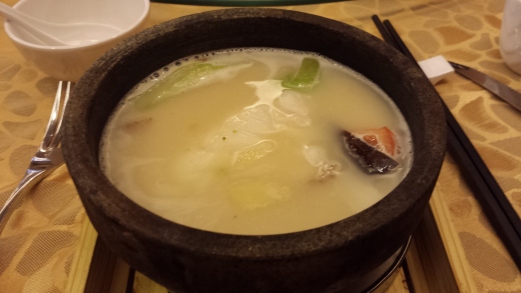 next we had star garoupa fillet with beer in hot stone pot (the ala carte price for this dish alone was S$28++), & it was very good, very tasty & the fish fillet were excellent. 🙂 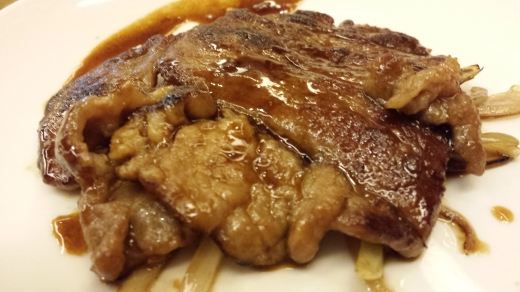 same with the pan-fried kurobuta pork chop.  i thought it looked & tasted like a galbi beef rib cut served in majestic restaurant but the menu said kurobuta. anyhow taste was great!

the poached vegetable with beancurd skin was also very good. i supposed by comparison the ee-fu noodles was ordinary, but it was still a good, not poor, dish.

& the snow fungus with date dessert was refreshing & enjoyable too…really every item was good & i could only sing praises – such excellent ingredients & preparation for soup, lobster, abalone & kurobuta. 🙂 actually i think it was an incredible deal at S$38 + S$2.50++pax= about S$41nett. 🙂 i have already bought more vouchers to go back!