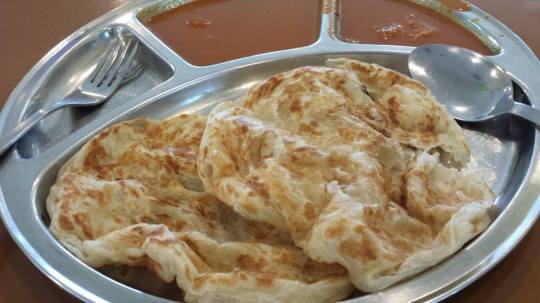 wanted to have some good prata. also recalled that mr prata served very good mysore mutton, which i much preferred over mutton curry, i took a short drive to evans road & had a cheap meal at mr prata. 🙂 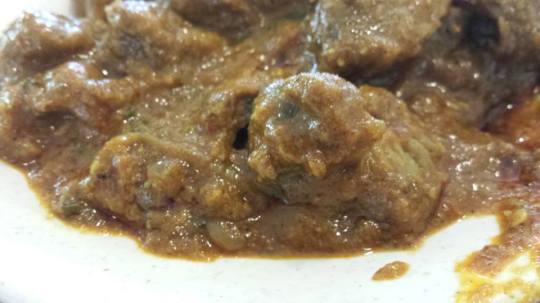 prata gosong came in pairs – 2 for S$2.20. it was very good, fresh prata can seen from the photos. 🙂 this was the doughy version though some might prefer the crispy version eg at 6th avenue coffeeshop.

the mysore mutton was S$4.50 & enough for 2pax really. it was tender & tasty. compare this with the S$12.90++ rogan gosht we had at jade of india recently (which was not good). i liked it over mutton curry which usually comes in a larger piece of mutton instead of diced cubes & often not as tender.

the whole meal include S$0.20 for iced water came to S$6.90. i looked at the menu a bit & the prices were a bit more ex than coffeeshops but a lot cheaper than restaurants. biryani were S$6 and dum biryani (meat cooked inside the rice & the version served at restaurants) were S$8. garlic naan though was expensive at S$3 about restaurant prices. butter chicken & chicken tikka masala were like S$5. chicken tikka kebabs S$8. the murtaba looked ex at $6 i guess if c/w coffeeshops. though prata gosong is cheaper at 6th avenue (i think maybe still 2 for S$1.60) they were a lot smaller & often either not fresh or long queue. anyhow i had not eaten there for a very long time so not really sure. 🙂

maybe will suggest to my G8 friends to have dinner here. 🙂