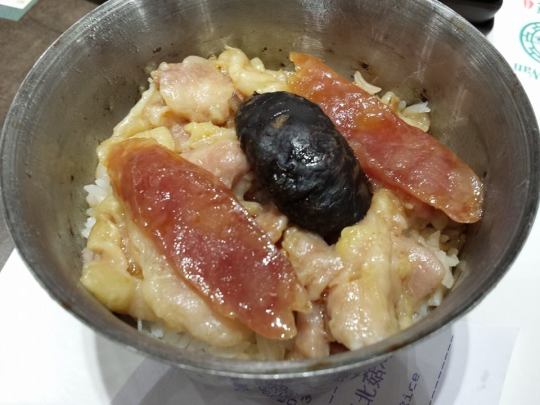 i went to the hk sham shui po timhowan with friends 2 times, and we really enjoyed the food there, so i had wanted to try their outlets in singapore but really not one to want to queue hours to eat dim sum or any food for that matter. 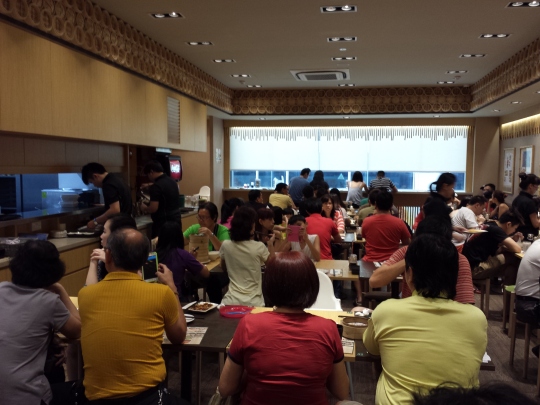 place was crowded at 4pm. traffic/turnover was good.

we went at 3.30pm on a sunday to avoid the crowd. place was still constantly crowded with good traffic & turnover.  we only waited 10mins though to get our seats so it was ok. 🙂 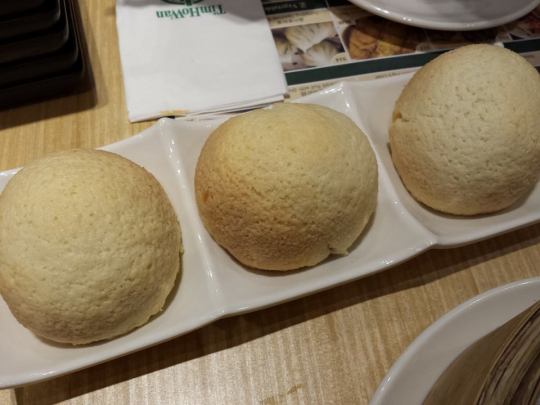 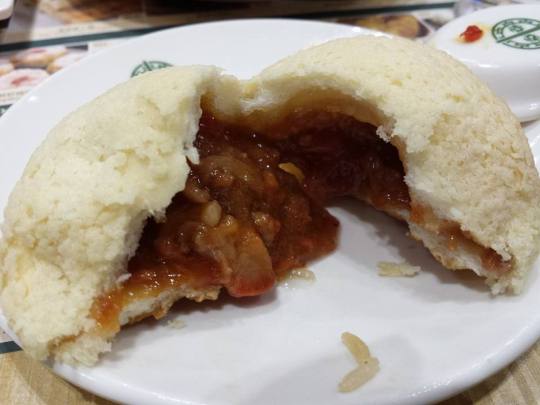 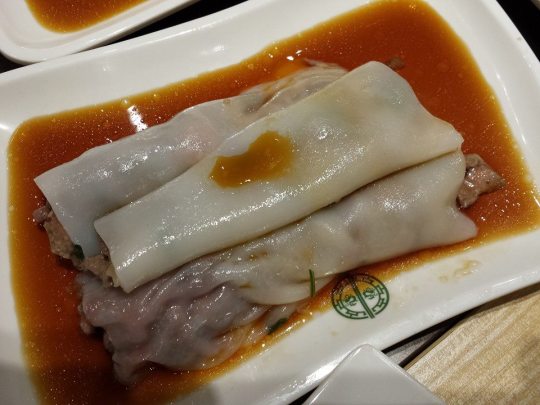 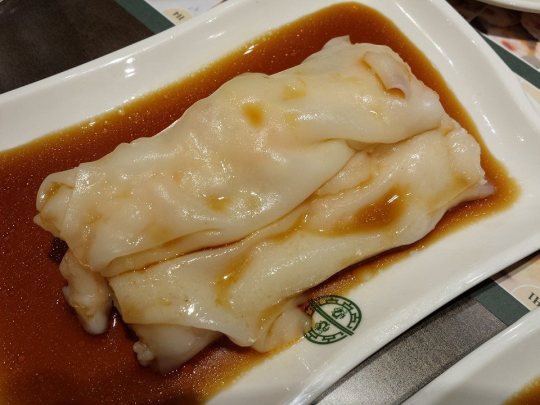 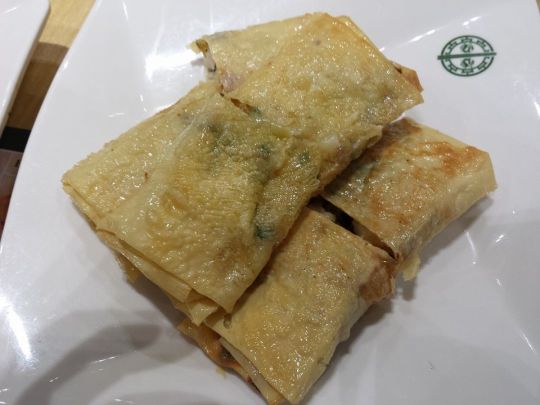 the menu was very limited, like 1/2 that in hk. i ordered 2 of the 4 heavenly kings. crispy char siew bun was a must, and i wanted to try liver cheongfun (肠粉) again. none of us were fan of mala cake & the pan-fried carrot cake.

we ordered a chicken, mushroom, chinese sausage rice (top photo). it was good, hk standard. we all liked it so we ordered a second helping. 🙂

the crispy char siew bun did not disappoint. it was very good – both the crispy bun & the char siew fillings.  the cheongfun (肠粉) was good too, very smooth. liver was nicely done, just right & not overcooked. the prawn cheongfun was very good. 🙂

another order was the deep-fried fupeiquin (腐皮卷). this looked a little different from usual, seemed to be very neat & clean cut. anyway it tasted great, 1 of the best i had. 🙂 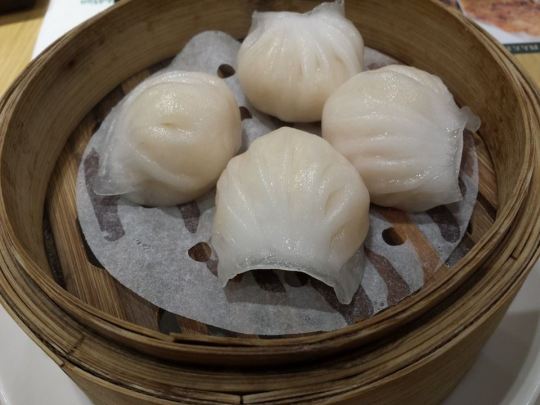 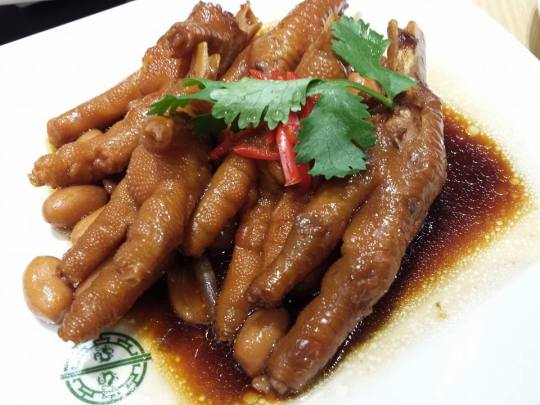 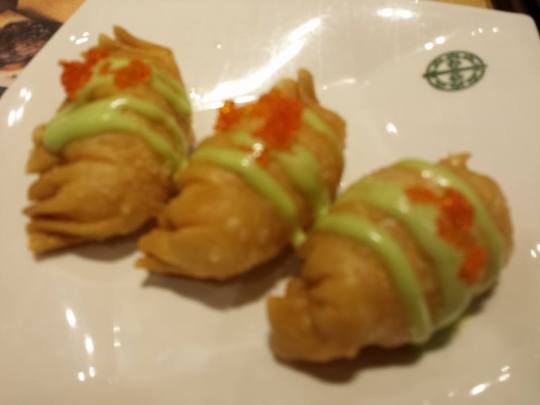 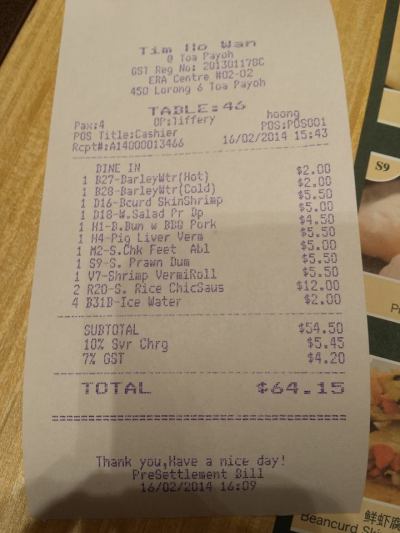 the hargao skin looked thick, tasted ok, not as good as crystal jade or imperial treasure.

the chicken feet in abalone sauce was ok, but not as good as the usual steamed black beans chicken feet (usually slightly redder & more fluffy deep-fried) in most dim sum places.

the deep-fried wasabi prawn dumplings – i did not try but it was quite ok.

overall the 4pax dim sum lunch cost S$64, about 2x the price in timhowan sham shui po for less food. i guess it was not really expensive, but i would think crystal jade, imperial treasure & royal china dim sum are better. this was 2x the price c/w with kowloon at AMK (I am going to try that one soon & compare). 🙂