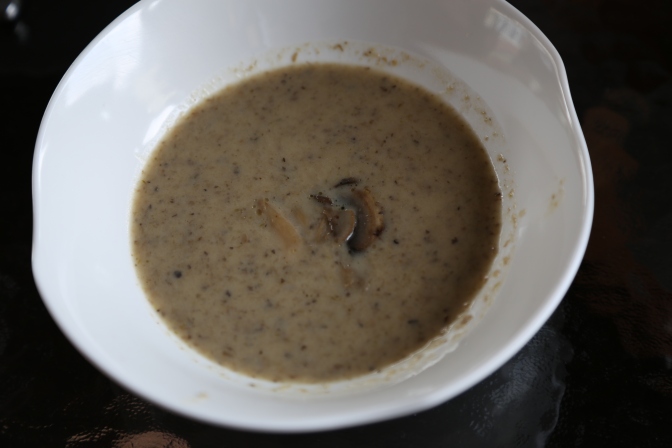 soup. auntie  Bes, my Filipino help who has been with us for 24 years, makes very good Chinese soup. They could be pork ribs with peanuts or lotus root soup, chicken bones & feet with old cucumbers or carrots or watercress or even green papaya, largely in the vein of Cantonese 例汤 – soup of the day. auntie Bes doesn’t do soup using pork (she only used pork ribs) though this is also common with Chinese soups and these days we don’t use much of Chinese ham (京华火腿) though in the early days when I travel to Beijing & Shanghai more, I did cart some of these back for soup. when I started doing homecooked dinners for friends, if I were doing dishes like braised duck, curry chicken and kakuni (Japaense braised belly pork), auntie Bes’ soup was a perfect fit. But then I also started doing western dinners, and soon afterwards after several visits to and enjoyable meals at La Cicala Spanish Gastrobar, I learned to cook a Basque seafood bisque, using prawn shells with white wine & brandy to create the bisque, with leek, yellow onions & carrots to add vegetable sweetness to the soup. It was quite successful & I used it for several of my homecooked dinners. But that was the only soup I knew how to cook, that is until yesterday. I had another 8-course lunch for 9pax yesterday so I thought I would test out another soup, and I kind of thought mushroom soup would be the most common, easiest to do and acceptable to most. So who do I turn to? you guess it right – Foodwishes.com Chef John’s creamy mushroom soup recipe. It went really well at first try, and all my friends enjoyed the soup very much. 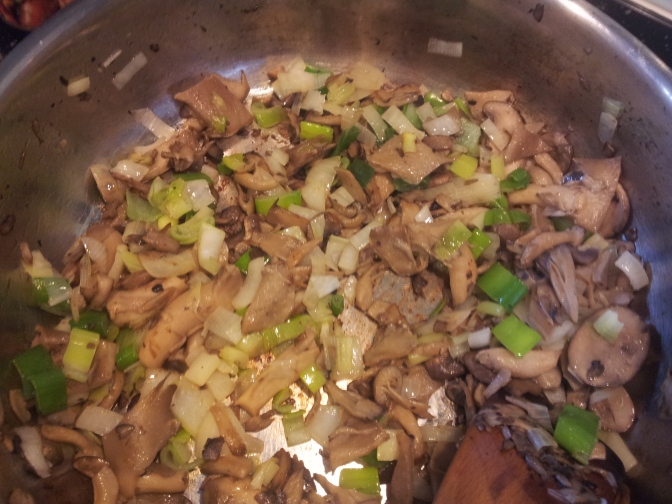 I bought 250g of cut brown button mushrooms, 200g of oyster mushrooms & 150g of shimeji mushrooms from Sheng Shiong. I added a teasppon of salt & caramelised them in a soup pot according to the video instructions, then added the diced yellow onions & leek. I cooked them further & then fished out a few caramelised mushrooms as toppings for the soup later. I then added the flour and stirred them to thicken a little. 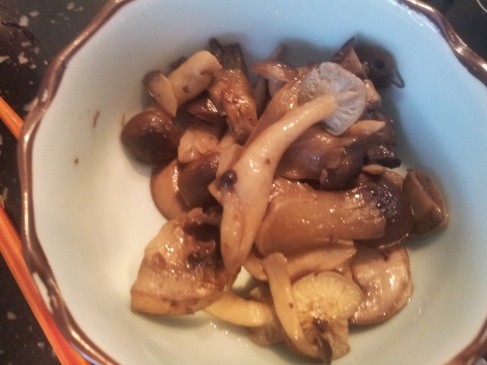 Next I added the white wine, reduced and then added the chicken stock (made in a crockpot with chicken bones). I then put it on an induction cooker & put to the lowest at 100W & let it cooked for 1.5hrs. I let the soup cooled down, and then blended it in a blender in small batches. Then I brought it to boil in the pot, turned to low fire and added 2 tablespoon of heavy cream and mixed in the soup, and added sea salt & pepper to taste. To serve, I added a dash of extra virgin olive oil & placed couple caramelised mushrooms I reserved earlier as toppings. c.h.e.f andy Ingredients: