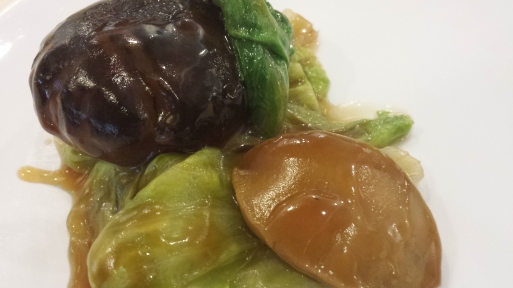 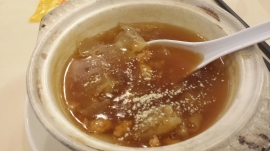 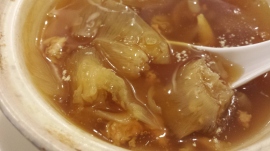 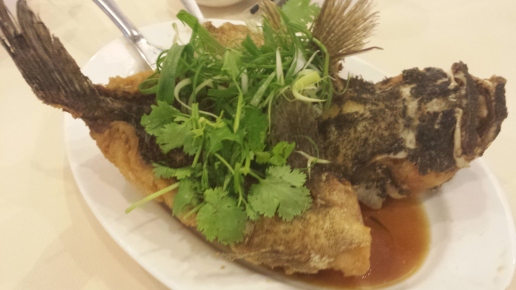 for the set, we had braised sharksfin with crab meat. the soup was good with very generous helping of fins. the deep-fried soon hock was good as always, though i always prefer steamed for live fish (even for tilapia which has some “mud” taste). 🙂 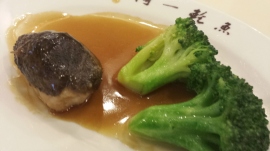 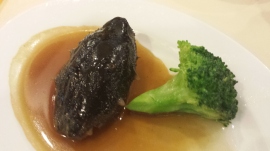 next was a mexican spiky sea cucumber (supposedly more expensive variety) with minced pork stuffing & brocoli. the brown braising sauce was good & the brocoli “to the bite” al dente=excellent, the sea cucumber though was rubbery, not sure why? but something was not right with the preparation, not soaked long enough or something. 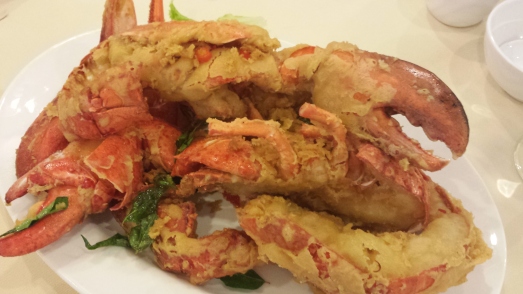 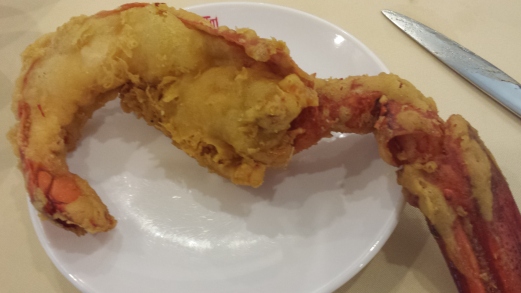 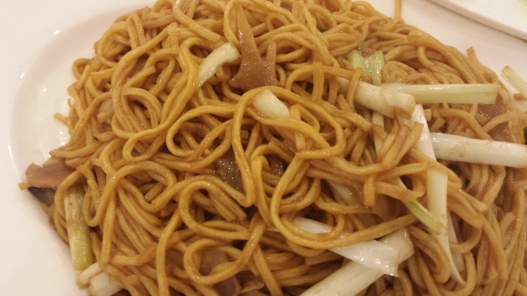 next came an impressive plate of boston lobster in 4 halves. the menu said garlic butter baked lobster & it came with a batter layer. i estimated 2x600g=1.2kg at the current discounted price of S$8.88/100g would cost S$125nett after 10% service & GST, so S$156nett for the set was very good deal.

my first bite though & i turned to my dining companion – “there is no taste in this lobster”..for a live lobster, it was really lacking in taste in this preparation. later we asked the server if we were to come back again could we change the cooking style to super sauce (上汤局). the reply was ok. it was a waste that we did not ask earlier!

the ee-fu noodles was plain but tasty & the 4 of us managed to wipe clean the plate! 🙂 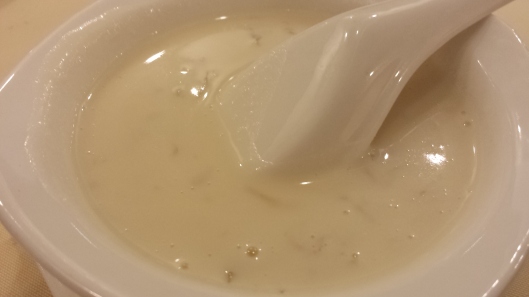 the almond birds nest dessert was good too. i liked it. there were lots of birds nest which i did not care for much so i was not bothered whether they were fake or not. anyway it was a nice dessert.

this really quite a good deal, and i would come back again if the promotion is back. though if i were to make a comparison with the S$38 lobster & abalone set at chao yue xuan (another ah yat restaurant at mohamed sultan), just food-wise this would pale by comparison. the lobster made a huge difference. the one in superior sauce (上汤局) at chao yue xuan was par excellence, & the abalone was huge by comparison & very tasty. the stone pot garoupa soup was not sharksfin but was very good & in place of soon hock they had a very nice kurobuta & a chicken salad. chao yue xuan does have some negatives. we had a private 6pax table at a corner for lunch the other day & 1/2 the tables were filled in the small restaurant.in the evening sometimes there were tables occupied by tourist & the place looked messy c/w ah yat @ turf city.

anyway i liked both the sets & will do this again when the promotion is back. 🙂