my wife & i love kimchi chigae, so we selected the kurobuta kimchi nabe.

we later added an extra order of kurobuta pork at S$9++. 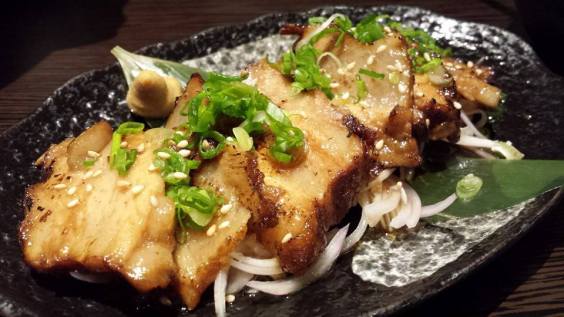 we didn’t want carbs, so decided against the bibimbap & the dons like ikura shake don, and ordered the broiled kurobuta. it was like a very tasty chashu that came with a good chashumen. 🙂

the sake were expensive & my wife decided against ordering them. iced water was free.

service was great, and there was a tablet order pad which you could also call for service.

dinner including my groupon voucher was about S$46nett, and we had 3 servings (90g per serving) of kurobuta (2 for the nabe + 1 added).

it was good price. the other items on the menu other than kurobuta though did not excite us. sashimi, maki were expensive c/w what we could get at better restaurants like mikuni & sun with moon wheelock etc. overall, we had better satisfaction at aburiya, though that was more expensive. the kimchi chigae at aburiya was small & actually tastier (of course with very little pork) & we love grilled meats. shirokiya though is not a yakiniku restaurant.

it was pretty ok just for a change.