even though the guys walloped the whole cake, a few including me felt it was kind of sweet though ok to eat. anyway i made another one today with 1/2 the caramel (from 1/4can of condensed milk) & 50% more bananas, & it was an excellent very well balanced cake.

i saw a video recipe here.

it was something which i thought i could make w/o much difficulty, and it was quite a revelation for me that you could produce toffee (or more correctly caramel) by heating a can of condensed milk in boiling water for 3hrs. 🙂 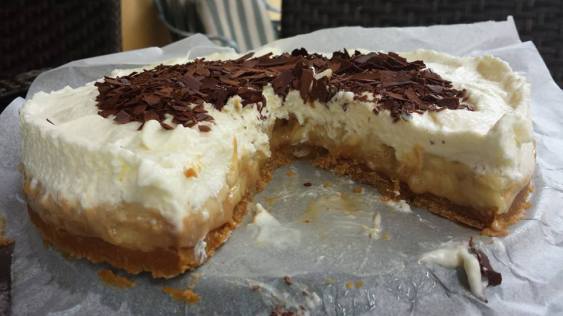 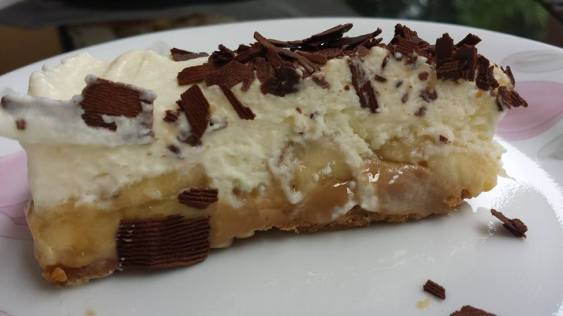 i heat a can of condensed milk in boiling water (fully covered in water) for 3 hrs. i open the can when cool & emptied the caramel into a container.

then i made the biscuit base using digestive biscuits (7biscuits 105g)  & 60g melted butter in a 8in (20cm) spring-form cake tin & placed in the fridge.

i cut 3 large bananas into thin slices & added 2tbsp (30ml) lemon juice to keep it from browning (oxidation). then i spreaded 1/4 the caramel over the biscuit base, and arranged the bananas in 2 rows over the caramel. then i topped with the whipped cream & added the dark chocolate shavings.

then placed the cake in the fridge overnight.

overall, the combination of flavours from the biscuit base, thin layer of caramel, more bananas & layer of (mostly) unsweetened whipped cream with chocolate shavings was really quite good. 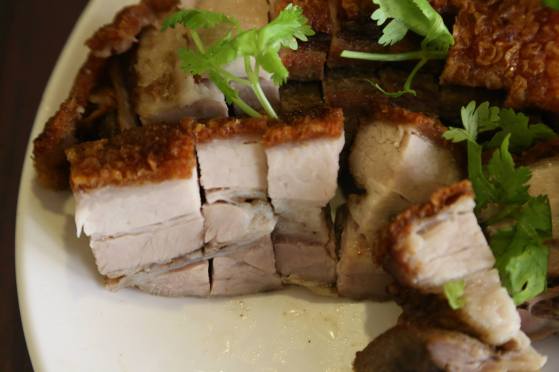 like the last time, a friend brought his 成名 renown supergood sio bak (crackling roast belly pork) – this time the crackling was less than the last. i told him he made me gave up on sio bak & saved me from a lifetime of unfulfilled tedium (making sio bak unsuccessfully)..haha! 🙂

my motto – why try so hard when someone can do better? just invite him to bring lor! 🙂

big prawn noodles in golden broth – this should be served last in a course dinner, before dessert. lately i decided to try to serve all the food buffet style instead of as a course meal. it is not always possible but many dishes can be adapted. as this has to be served hot, we took this first dish first. 🙂 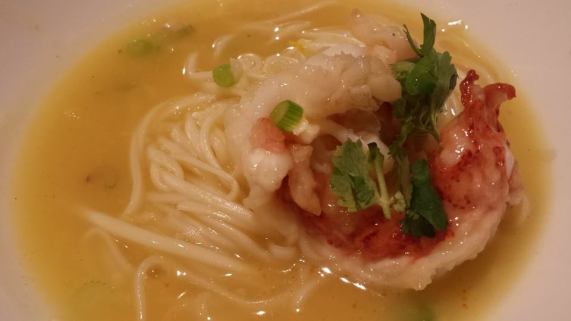 the key was the golden broth. it was my own recipe emulating the lobster noodles at tunglok (above). 🙂

from the feedback everyone loved this dish. 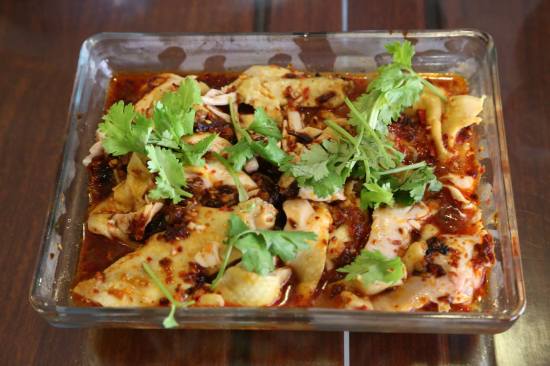 the 1/2 poached chicken – 白斩鸡 & saliva chicken – 口水鸡 were now a standard dish. it was easy, require little effort to make, and both were very tasty.  i brined the chicken in sugar & salt for 48hrs before poaching on the day. 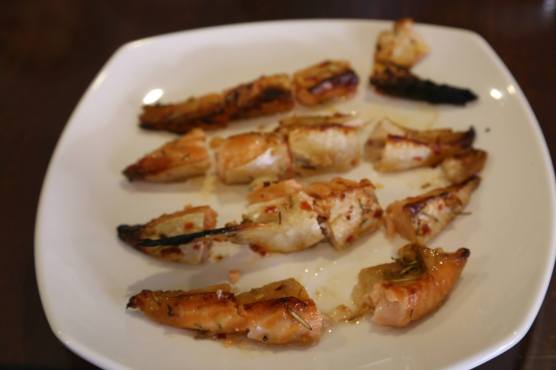 miso salmon belly was another new experiment.  i created this new miso marinade recipe & was not sure if i would serve it for lunch. it turned out to be an excellent dish. my wife brought some to office for her packed lunch & all her colleagues liked it. & all my friends at lunch liked it! 🙂

could not quite make the connection lunch & V.S.O.P. so had to assume he went everywhere with one. haha! 🙂 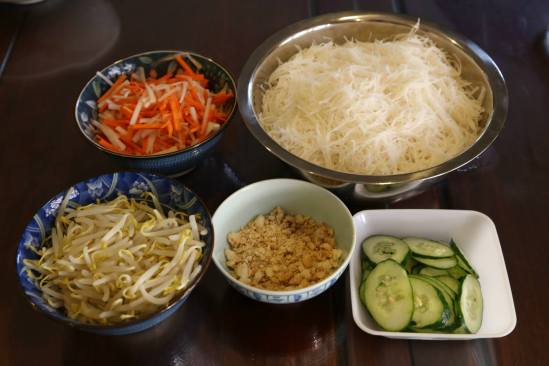 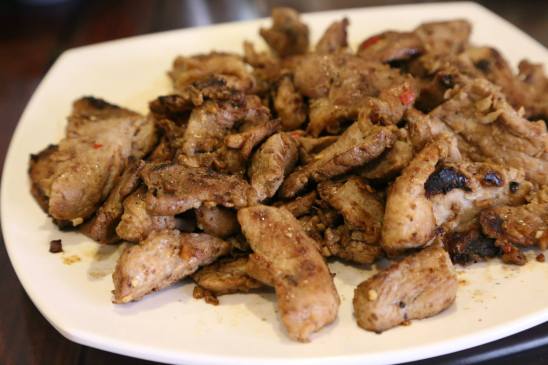 vietnamese chargrilled pork neck with cold beehoon. i did this the second time. first was for 3-4pax, so this first time for 11pax.

i bought mint but forgot to serve both the mint & my homegrown basil!

& i forgot to make the all important fish sauce mix beforehand to serve together, so had to make 1 batch then a second batch while having lunch.

anyway the guys all liked it. although our self-proclaimed vietnam expert was actually clueless when it came to assembling the dish. haha! 🙂 this a dish that you feast on sitting on a very low stool next to a very clean vietnam street vendor!

my help made a nice garlic fried romain lettuce which everyone liked.

the guys walloped the whole cake, though a few including me, felt it was kind of sweet though ok to eat. anyway i made another one the next day with 1/2 the toffee & 50% more bananas, & it was an excellent very well balanced cake. 🙂 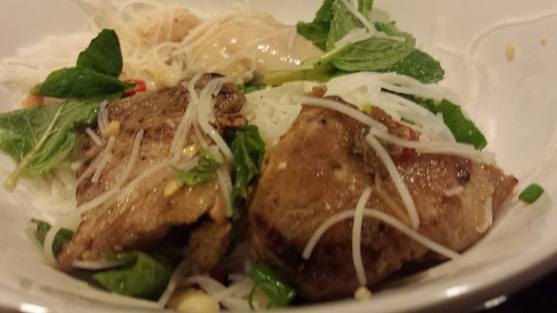 i had just a little leftovers, so i made myself dinner with the chargrilled pork & the saliva chicken with 阳春面. 🙂