& the tables in the quite spacious restuarant was well taken up.

ordered a few drinks. son had sangria. i don’t drink.

this “tortilla” is NOT the mexican flat bread, but a spanish omelette with onions & potatoes. 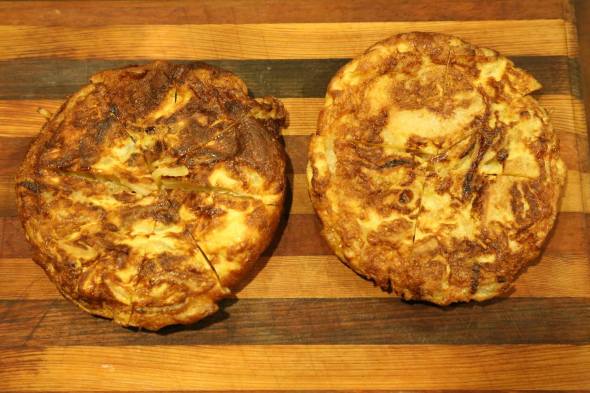 my very own spanish omelette

it was competently done but really no better than my very own spanish omelette.

same ingredients, so i guess can’t get too far… 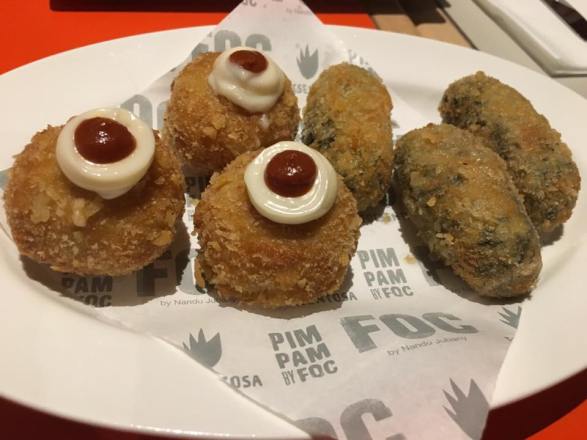 all were nice. the spinach pine nuts were the best. 🙂 the other 2 not as good as foc.

we ordered the grilled octopus. it was pretty good, just not the standard of what we had in italy, and more recently what i had at Maze by gordon ramsay in mayfair london.

tuna confit salad was pretty ok too but a rather insubstantial dish.

the pumpkin with added grilled chicken was good. the pumpkin mash was good too.

my youngest daughter liked it very much.

for me it was no better than the grilled chicken my helper or I made. 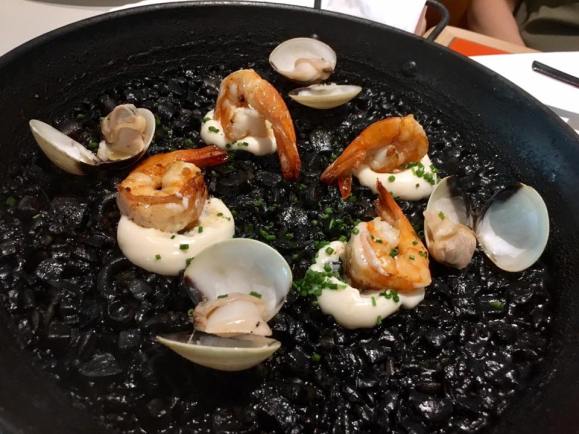 the squidink paella was quite excellent! 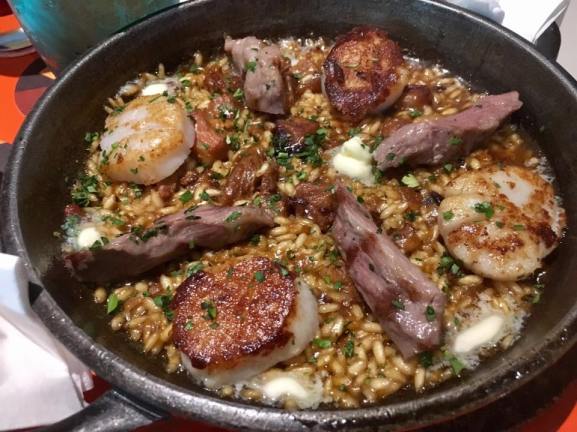 i had wanted the scampi fiduea we had at foc, but they only chicken fiduea here, and the others were not keen.

overall the paella here not quite foc standard. 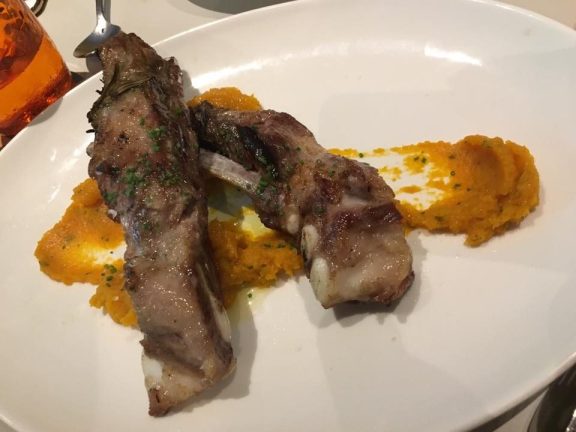 another must-have at foc was the iberico pork ribs. 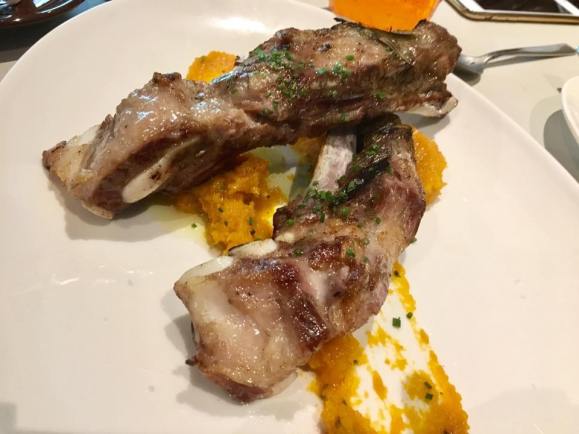 just as good as foc i think. very tender, great flavours, not the very porky taste in the paella dish.

i made a very good mock kurobuta using frozen pork prime ribs after being inspired by this iberico pork rib dish in foc.

& my mock kurobuta was very good really for a frozen non black pig. maybe will try this again with pork soft bones.

we ordered the tallata. i guess this is the spanish take of the italian tagliatta (cut or sliced).

not quite the standard expected for a good onglet steak or hanger steak. it had the strong beef taste (or kidney taste) but that was expected. somehow the texture & taste not the best…

& they did NOT have the excellent rack of lamb they had at foc.

supposed to have good churros here.

anyway chrros NOT my kind of food.

the “magic” (daughter said it was between latte & cappuccino) was very good.

for me it’s a very good flat white, nice coffee aroma & very silky smooth, what a good flat white should be. not sure it was any better than say dutch colony. about same i think.

overall ok especially this was mother’s day dining out, and this is one of the places we will go for such dining out which does not charge extras for occasions.

for me, given a choice i would go foc & NOT pimpam.