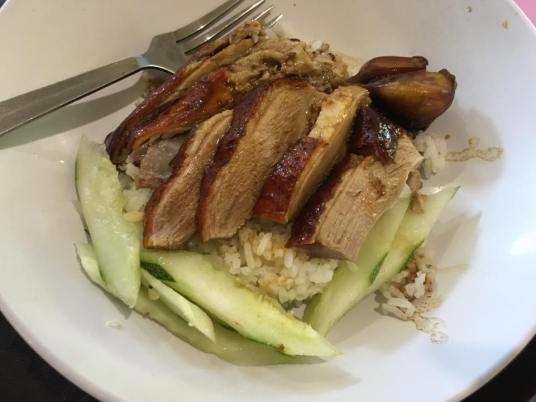 we booked nabehide for lunch but called them as we were late at 1.30pm. they advised that it takes 15mins to prepare the hotpot & they closed at 2.30pm, so we decided to cancel & go for something simple at meiling food centre. 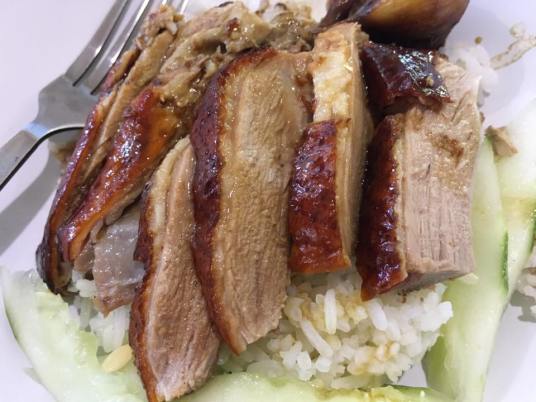 most of the stalls at meiling FC were closed anyway including xin lu fishball noodles & hai tang lor mee stalls.

wife decided to try out the duck rice.

duck looked ok, good colour & moist. however the taste was not there, not “pang” quite bland. 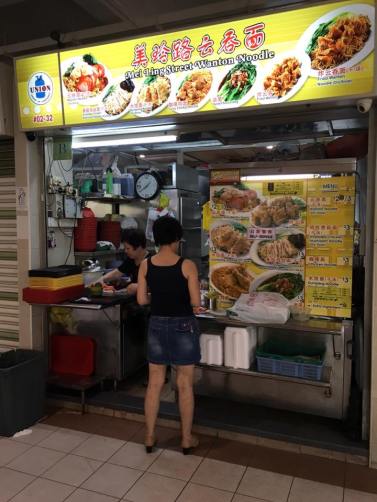 so i decided to order wanton mee instead. 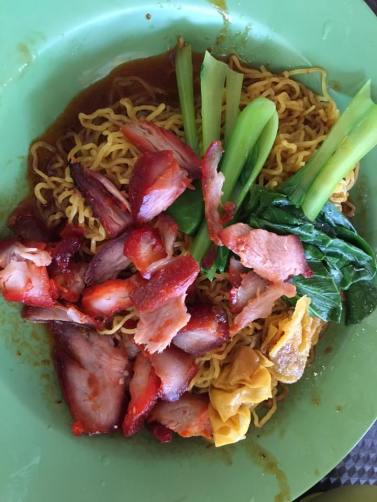 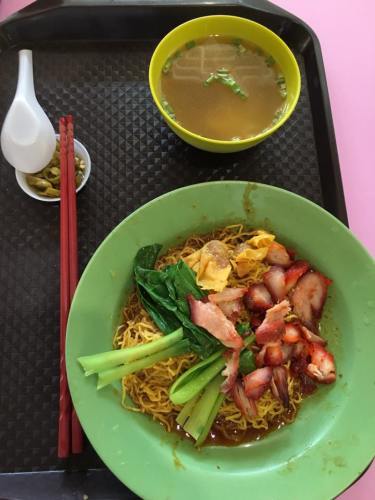 my first taste = noodles not tasty enough, not like kok kee which was very tasty.

noodles were qq & as i took more with the spicy chilli, it was actually quite ok. in fact i finished all the noodles. at S$3 with all these ingredients it was pretty ok for me.