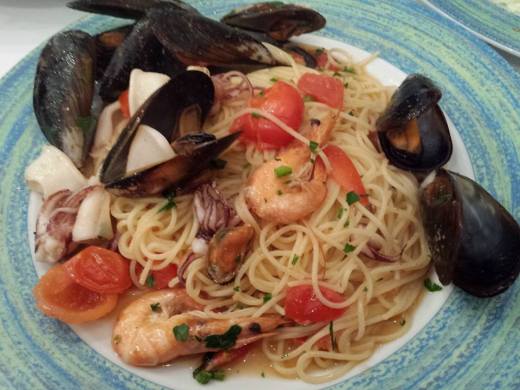 was raining in the morning & mid day on 19.4.2014. we were not able to take the sentiero azzurro (blue path) which is the coastal route no. 2 trek from monterosso to vernazza.

we were early in apr so not quite the peak. there was still some crowd, and later commotion when someone was apparently pick pocketed. some friends went later in may & commented that the cinque terre trains were late but our experience with it was good, fortunately.

we took the train to manarola. the views were excellent but again the sentiero azzurro (blue path)trek between manarola & vernazza was closed.

manarola was a tiny place so we had lots of time & decided to take lunch there. ristorante la scogliera manarola prominently displayed its 4 trip advisor stars. must say we were not disappointed. indeed cheap & good! 🙂 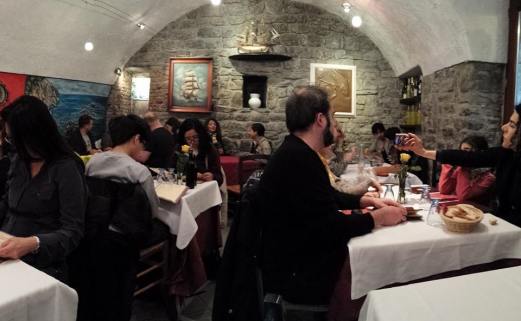 restaurant was pretty crowded. we were early so we were able to get a table after few minutes before the queue formed up. 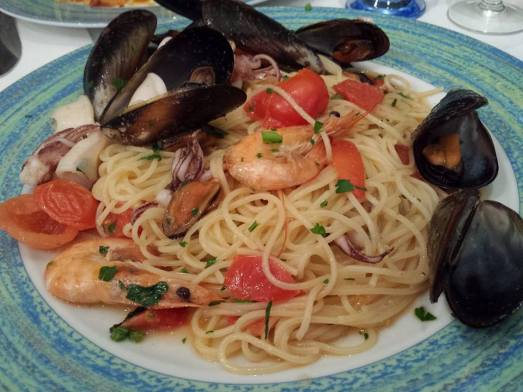 the lunch specials were all about 10euros & 11 euros, and the menu dishes not far off. my seafood spaghetti was about 11 euros, and it was really good very tasty dish. 🙂 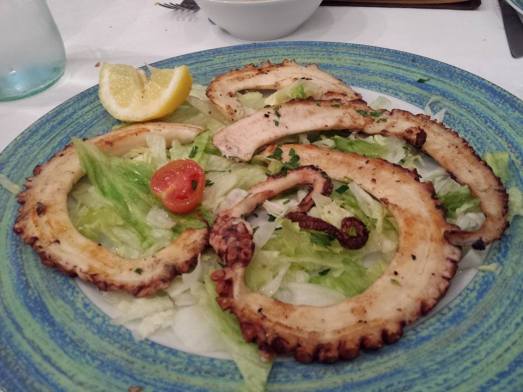 al the grilled octopus we had at lake como restaurants & at miky monterosso were all good, and so was this & it’s just 10 euros.

this my idea of eating mussels – wholesome, hearty, a large pot or plate & very reasonable prices (& not the meagre 4 stuffed mussels at miky). haha. i think also around 10 euros. 🙂 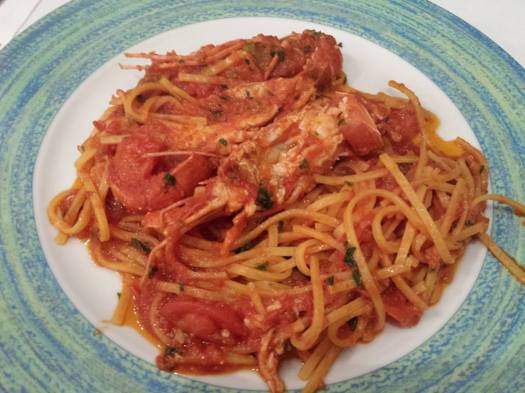 my daughter ordered the scampi pasta in tomato sauce. and they really do their tomato sauce pastas very well in all the restaurants we’ve been, very flavourful & great taste of tomatoes. 🙂

this definitely a lunch place i would recommend for all visitors to manarola. 🙂