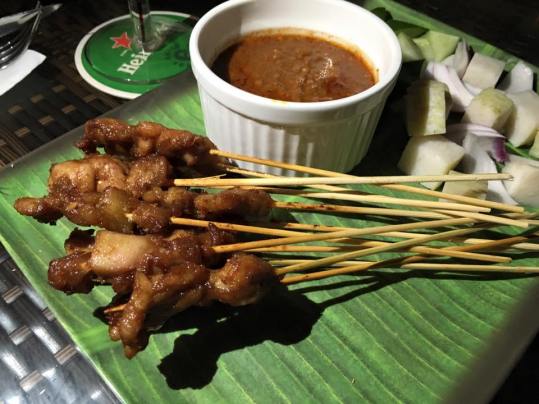 7 of us went for dinner & drinks. another friend could only make it later for drinks. 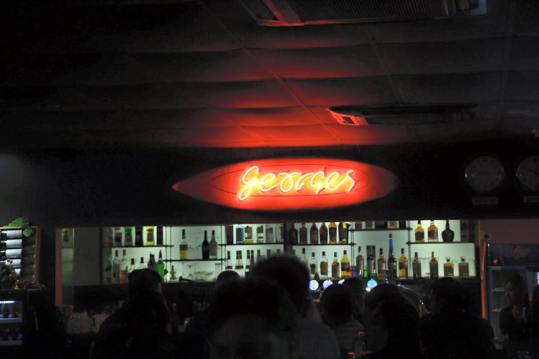 many of us came here for the first time. it’s a family place right by east coast park fronting the sea, cosy & pleasant not really chic (not really sports bar type). 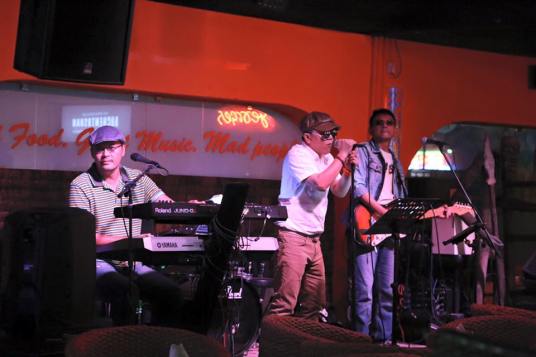 songs by the resident group la chicago for oldies like us. ^^ 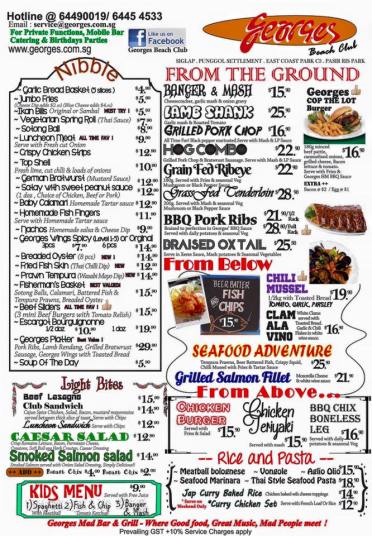 menu is the regular bar/diners menu. 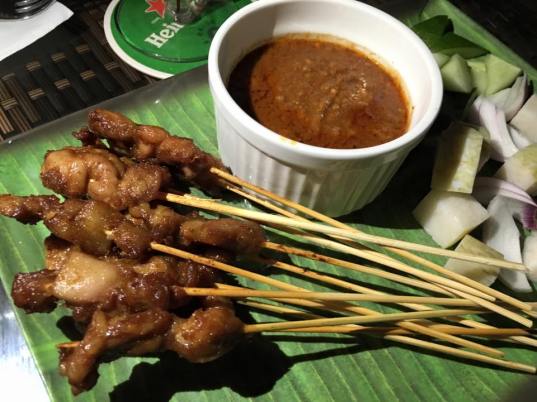 we had a dozen pork & chicken satay, & added another dozen later.

satay was good, small but tasty. 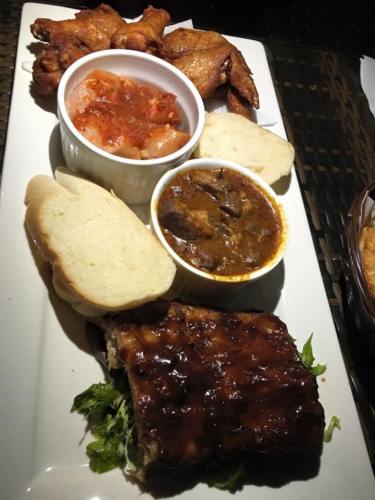 the bbq ribs were like louisiana ribs, great taste & fork tender. though i felt it was just slightly sweet, the overall taste was great. the recent very good ribs also at a friend’s house & this (which was better) made me want to try out making pork ribs. i had not been very successful in the past, the period before i started blogging & cooking more often.

the sausage was not so popular among my friends, and what showed as lamb rendang on the menu tasted like braised oxtail to me. it was good though also not that popular with my friends.

the prawn tempura was more like ebi furai (“fry”), not a tempura batter, but nice actually.

calamari was good though not chewy, rubbery. competent bar food i guess. 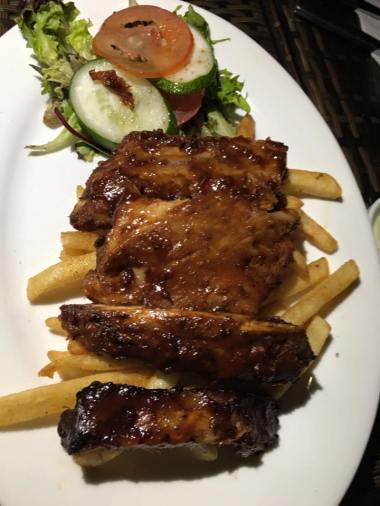 the bbq ribs were the best food for me this evening so we added an order of 1/2ribs.

looking at the menu now maybe should have ordered the full ribs.

the lead singer has a quite powerful voice. we like the oldies. a relaxing & fun evening. few of us though adjourning to a friend’s place to watch nadal vs djokovic match at 10pm so we left quite early.

bill was about S$31pax nett for food & drinks. my friends don’t drink much   but price was quite ok too. 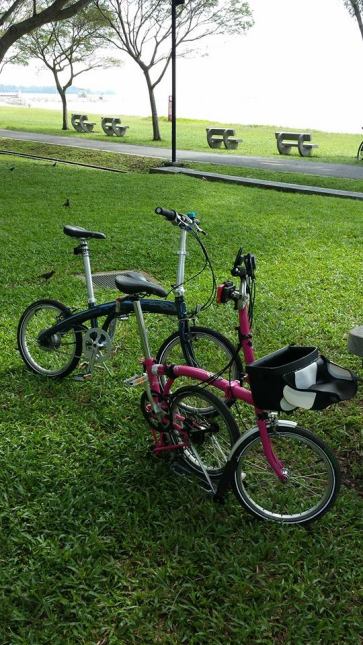 it was pouring in the morning the day before. fortunately it did not rain today. we started only at 9am, so it was a bit hot actually.

we took ECP exit 10A & parked at the first carpark nearest still road. 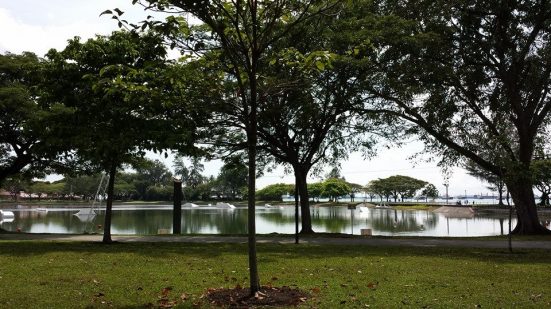 & up to changi coast walk. we took some rest & water along the way & back, so the pace was rather slow. we cycled 22km in total time of 1hr 32mins.

this was a shorter ride than last time when we went all the way to changi village food centre (35km return) but quite disappointed with the makan there.

there were not so many people & bikers at this time, very smooth, peaceful & relaxing ride.

after cycling we proceeded to relish serangoon gardens to use up an expiring groupon. however, relish was closed for a private function so we went to serangoon gardens food centre & took the totally forgettable seng kee (胜记) bakchormee.