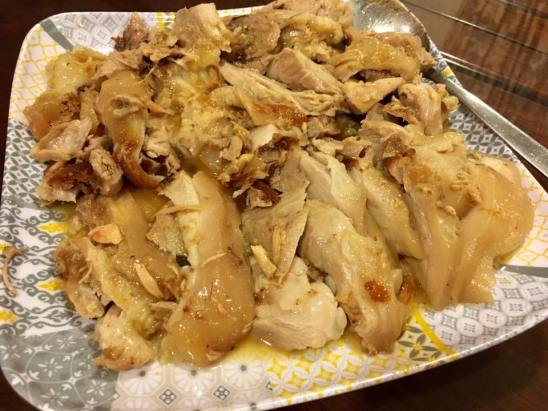 i had intense chicken stock leftover in the fridge from the wondeful chicken rice dinner 2 days back.

so i made it to good use.

the same braised & steamed method, using the intense stock to braise & infuse flavours to the 족발jogbal 元蹄. and cover the wokpan to let steam cook the hock.

the hock was very tasty from the intense chicken stock. lagi best la! ^^

taking from the experience of the chicken rice dinner where the pig skin was very tender when i served the dish at 6.45pm but quite tough when i took it around 7.45pm, and only on reheat the texture changed completely again to very tender. i attribute it to the pig skin drying out but it should not be really, so maybe it was not cooked long enough for texture to retain after airdrying. 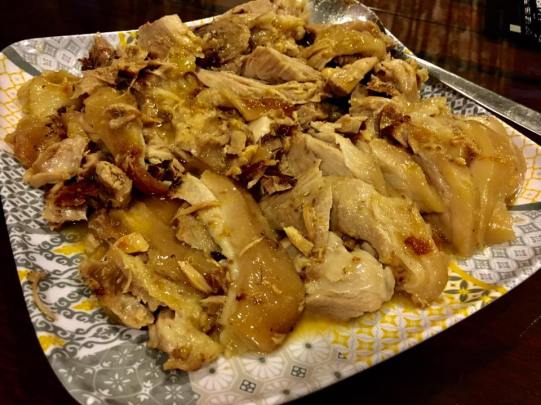 as this is the first time, and 2 family members eating, i served it with the sauce.

it was excellent excellent in taste very well infused with flavours, and texture was perfect too! very gelatinous, still good bite not overdone…

a friend who was in jeju last year & enjoyed the 족발jogbal 元蹄 dish saw the photos & commented “but it does not look like 족발jogbal 元蹄 leh”. 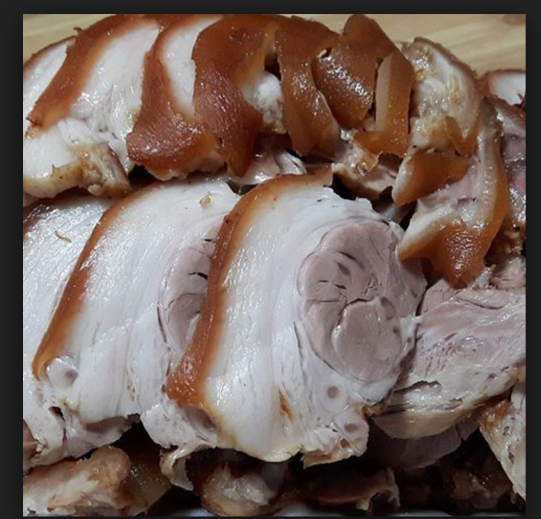 indeed korean jogbal are mostly braised with dark sauce. i like both dark or white sauce & look so that i am ok.

& also most are served dry (like the poached & quenched chicken rice chicken method?? taut skin & hang up to air dry???)

i will serve my 족발jogbal 元蹄 dry next time. maybe will try both the braised & steamed method here, and also the poached & quenched method. 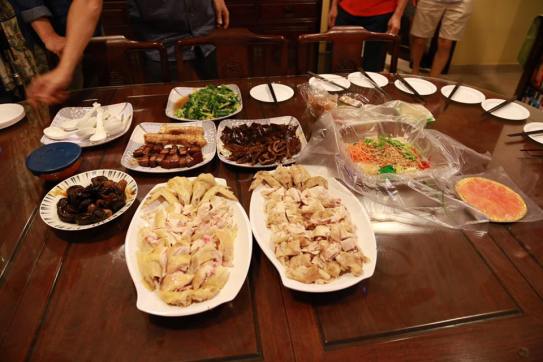 recently, a RI friend invited some of us to try out his legendary chicken rice.

my RI friends saw the photos i posted & one friend organised a 10pax chicken rice dinner at my place this evening on 6.2.2017. ^^

this is CNY day10, so 3 friends went to get the best in town (chinatown haha!) lohei from 珍姐 at chinatown.

it’s among the loudest, most boisterous lohei i had. ^^

tai kor was reading out the auspicious phrases from his hand phone, & the rest of us shouting “huat ah”…

while i was putting out the dishes, the guys arranged the lohei.

they also got salmon & abalones. 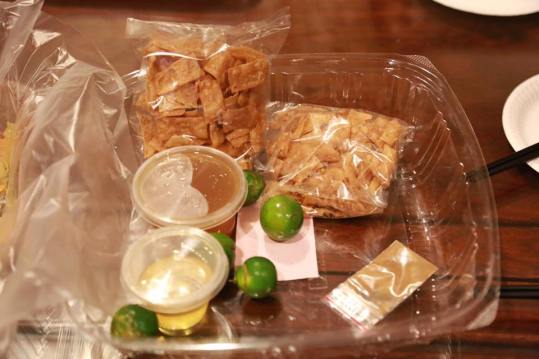 & the paraphernalia of sauces & toppings.

it was a good lohei, refreshing not too sweet (we did not add all the sweet sauce & plum sauce).

for today i made 2 different preparations of chicken rice chicken 白斩鸡.

this was the poached method = 12 mins boiling water, 25mins off fire poaching, then quenched in cold water/ice. i cut chicken in two halves, if poaching whole chicken, about 15mins+30mins.

the other preparation is braised & steamed, recipe explained here.

& i made an excellent chilli.

you could smell the chilli aroma when i lifted the cover. 🙂

this was totally cleaned out. my friends added some gravy from the veg & wiped clean every drop la…haha. 🙂

theory says the braised chicken should be sweeter.

& some friends thought so too. 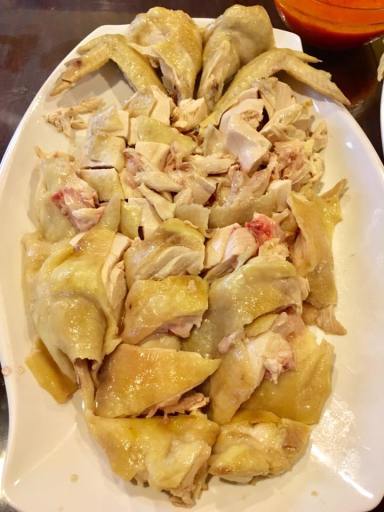 but on balance, most including myself still preferred the poached chicken 滑鸡. texture did make a difference, enhancing the taste experience. 🙂

it is also easier to do, no need as much attention.

both chicken were tender, moist & sweet, & especially so with the chilli & chicken rice dark sauce.

i cooked 5 cups of rice for 10pax, it was quite enough. we did not take photo of the rice. it was quite fragrant & flavourful. again the best taste experience was with the chilli, and most of us except one took the dark sauce as well. 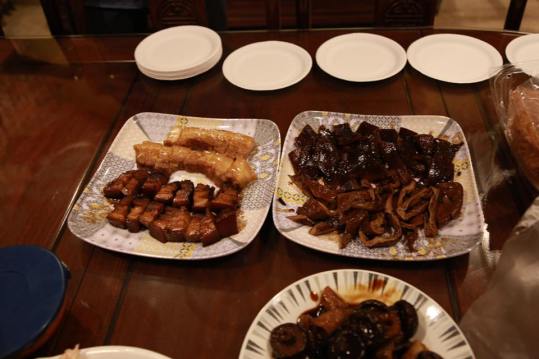 i made a few other dishes.

i braised the black belly pork with lor 鲁汁.

& the white belly pork with the chicken stock braise.

when it was first served, a friend tasted & it was excellent in flavours & texture. but the white belly pork dried out a bit (which i think means the timing was not good enough), the black nelly pork was still tender.

i didn’t notice as i only took it later when it’s almost finished.

so when i found the same with the pig skin (the pig stomach was ok), i returned it to the braise & heat up.

& then it was perfect. everyone was surprised with the difference in the texture.

this something i have not fully figure out yet. but i think if it dries out too quickly over the course of dinner, it means that the braise timing was not enough & should have been longer. 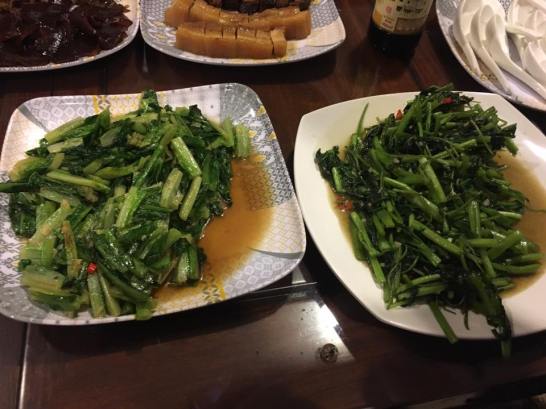 i did the usual sit-fry veg. 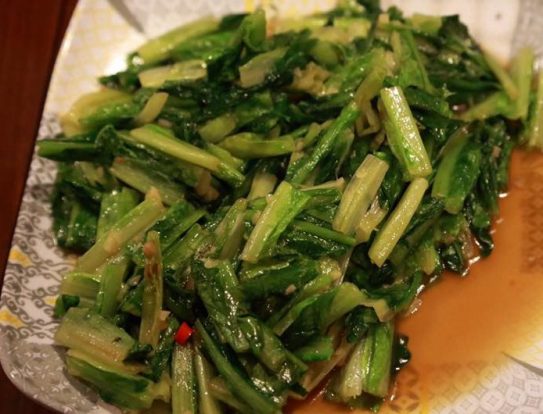 we finished every morsel of food! ^^ 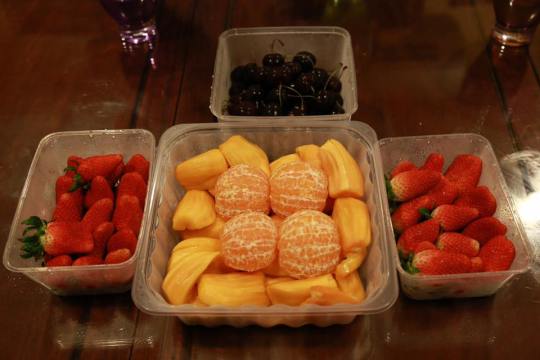 very full so i share 1/2 a slice, pretty good & quite enjoyable, so actually i could have taken one whole slice. 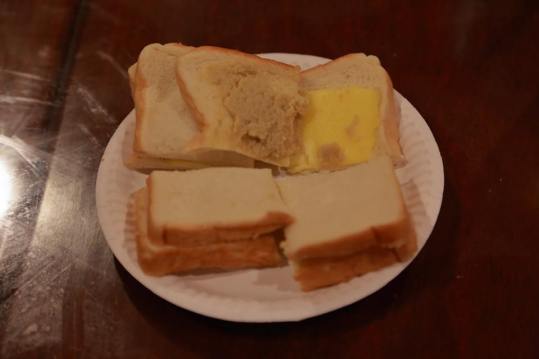 i also made some fresh kaya.

so we had some white bread to enjoy kaya butter bread.

a friend brought some soda biscuits. we used to eat them when young. i had these with the kaya the next day & it went perfectly!

we had a great wonderful time together, making new memories la!