a group of us makan kakis (for this round 4pax) decided to start hawker tours. we picked Bukit Timah Food Centre (BTFC) to start our journey on 19.7.2013. 🙂 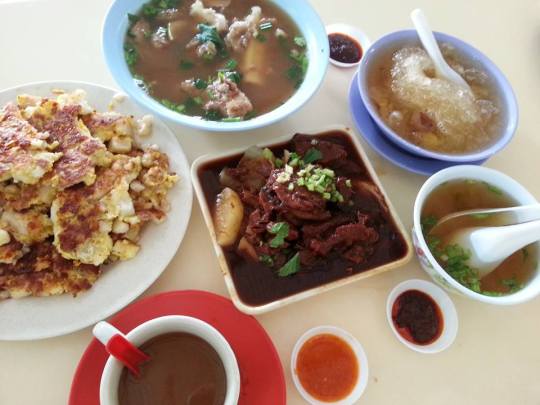 for this day we ordered 8 hawker dishes. all were good but not one really stood out.

the HK style beef briskets & offals was very tasty, but actually quite different from those at street beef noodle stalls in HK. the chinese herbal mutton soup was good too, but i would say the amoy street hawker centre one was better & so was bukit merah view.

there were many foodie posts about the white fried carrot cake. it was good, crispy, quite tasty, but…didn’t see much difference from other hawker places or c/w with good black ones, say at ghim moh market. 🙂

if i had to pick, i would say my best was the or luah (but then again,many places did just as well), & after that the HK style beef brisket & offals. 1 friend was missing her favourite “jiu her eng chye” (cuttlefish kang kong) stall which was not open (we were there on a friday 2.30pm to 4pm). 🙂 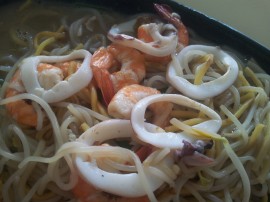 the fried hokkien mee looked good in the photos, quite good ingredients, but probably rated lower..that could be because we were satiated as we had 8 dishes excluding dessert for 4 of us! 🙂 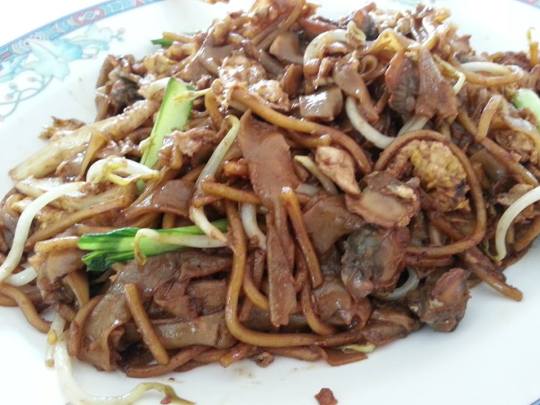 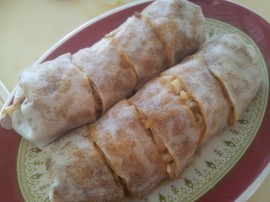 both the popiah & rojak were good. 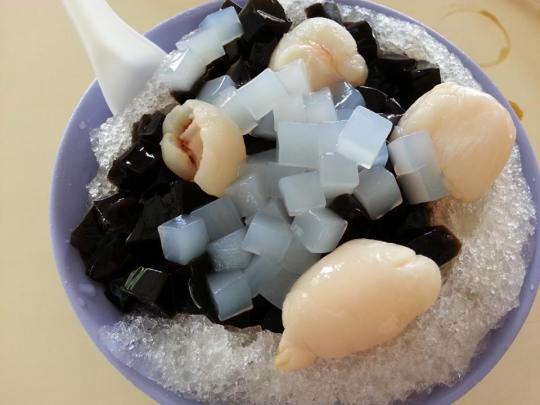 a friend had ice cheng chow with aloe vera & lychee (looked tempting). I had a plain ice jelly.

very satiated… after that 3 of us went to watch Pacific Rim (good enjoyable movie) at Cathay Cineleisure. 2 of my friends had the S$4 movie ticket + free coffee privilege. i had still to bear with paying S$10.50 movie tickets for the next few months. 🙂