we had a most enjoyable lunch at amber at landmark oriental mandarin plus there were great hors doeuvre at marco polo continental club lounge evening cocktail, so we did not plan for dinner on 4.4.2015.

i wanted to try my favourite beef brisket noodles, so i took a short walk from our hotel on canton to hankow road where 新源noodles stall was located. it was expensive here, single item was hk$45. i ordered a combo 牛腩牛杂面, so it was hk$55.

新源 had several stalls in the area & i used to have them & they were good. however this time it was quite mediocre. soup was average not very sweet & flavourful. likewise the briskets. the stomach & lung were more infused with flavours. overall it was not very satisfactory.

any of the 牛腩面 i took anywhere previously was better than this e.g. at shamshuipo the last time (& indeed even at the food republic on canton road).

& the price was exorbitant!

later as i passed by haiphong road on the way back to hotel, i recalled that this golden lake stall (above photo) was pretty good too, & the price i saw was hk$33 c/w hk$45 at 新源!

there were queues at hermes as i was leaving hotel at 9pm, and same queue when i returned at 9.30pm… 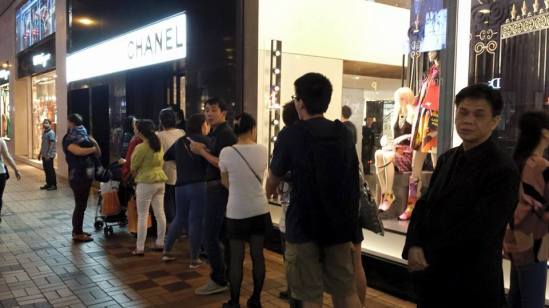 & the same at chanel!

the next day, we were going to have early lunch at lei gardens at 11.30am.

so we thought we would go to central, walk along the mid level escalators & steal a bite at yat lok roast goose at stanley street.

to me, Yat Lok 一乐 has the best roast goose in hong kong. but of course i did not try many in hong kong to make the comparison. i had it at yung kee, at food republic on canton road, at 1 michelin star tim’s kitchen & at restaurants like tau heung’s 稻香超级渔港 previously. yat lok’s was by far the best.

it did not disappoint this time. we ordered a hk$140 drumstick quarter to share. my wife & son all enjoyed it very much.^^

the fried dumplings did not look great, but actually it was very tasty though kind of oily!

after lunch at lei gardens at times square, i went for a walk. i wanted to check out kam’s roast goose at wancahi area. this restaurant was started by the son of the founder of yung kee & has garnered 1 michelin star.

there was quite a long queue at about 2.30pm. i did not intend to eat here & anyway i was too full from lunch. will give it a try next time. 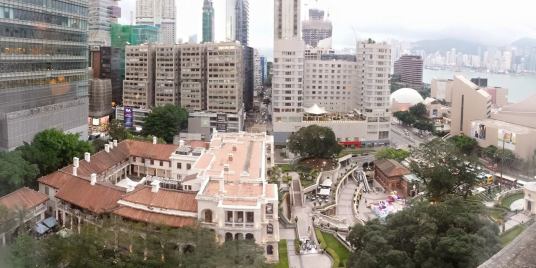 there are 3 hotels at harbour city belonging to the marco polo group. there is prince hotel nearer to kowloon park & haiphong road (where we stayed last time), gateway hotel in the middle & marco polo hong kong nearer star ferry terminal.

this time son was travelling with us. singapore airlines return airfare from london to hong kong was like £50 more than return to singapore, and the timing coincided with our trip to hk, which was bad really as we would have preferred to stay in singapore with our son, but anyway we made the best of it. 🙂

we stayed at the continental club floor, which is kind of expensive for me, but it has its privileges.^^

at the other hotels, room are small & do not accept 3pax so you end up paying for 2 rooms. here we have a 500sq ft room at the 17th floor, which is very spacious even with the extra bed.^^

and view was great. we were directly overlooking 1881, which was formerly the navy police headquarters. and the victoria harbour. 🙂

& the food was amazing. there was complimentary daily breakfast, afternoon tea and evening cocktail with hors d’oeuvres.

you can order coffee (flat white, cappuccino etc) but i am now taken by nespresso so i had a restricto (10) with creamer after many a cuppa with my good friend after our weekly 10km runs. a real enjoyment, this. 🙂

there were white & red wines. i liked the chateau los boldos, a chilean red, but the australian red was just as good. 🙂 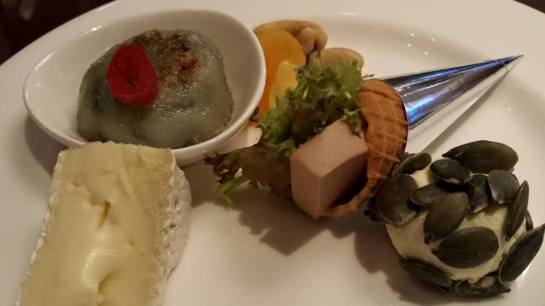 the cheese were excellent! the chinese dumpling was very good. i took a second, and the chinese dimsum next morning was great too. 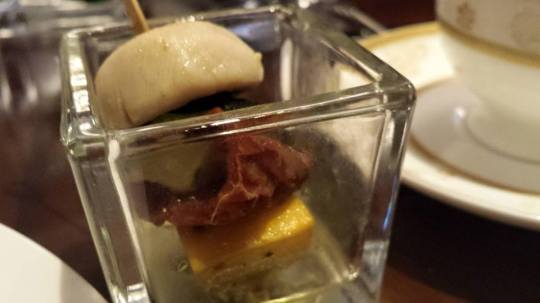 the skewer was very good.

and what a classy way to present a spicy dumpling 抄手. ^^ 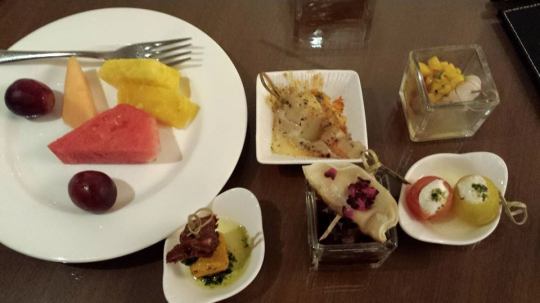 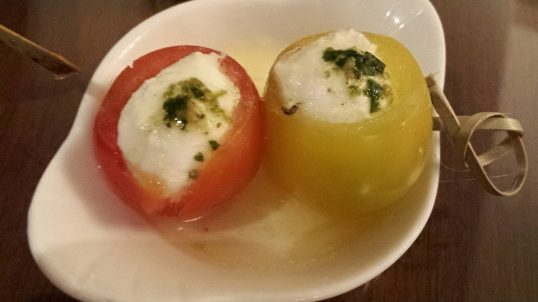 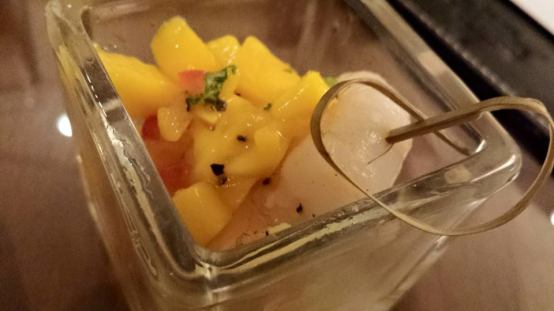 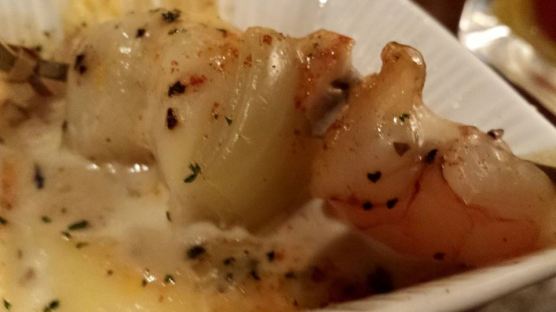 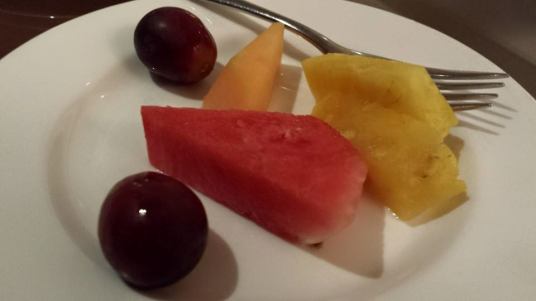 the magnificent hors d’oeuvres started at 5.30pm. made life difficult for us as we had to plan around it, after all we wanted to eat out in hong kong. haha!^^

we arrived 12.30pm at the airport, took the airport express to elements & the complimentary bus to marco polo & checked in at the club floor. so our plan was to have dimsum at timhowan at shamshuipo at 3pm.

there was a breakfast menu which include steak, egg omelette, wanton noodles etc.

on the second day we were having a heavy weekend brunch at amber so i had a light breakfast. on the last day 6.4.2015, i ordered the steak. it was good, not like super super, but good.