these talks are all quite good… i enjoyed the evening. my close OPS classmate also attended this evening. 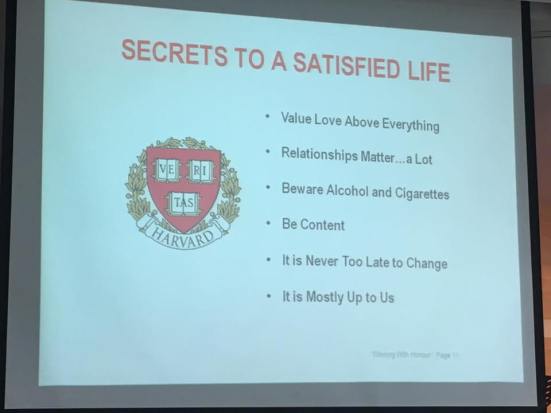 secrets to a satisfied life

secrets to a satisfied life

mr lim siong guan is, of course, quite well known in singapore. my friend introduced him with the usual accolades – superman, yoda, change crusader… 🙂

in fact, the straits times report in the link above covered pretty well anecdotes about mr lim & about the book “wining with honour” which he co-wrote with his daughter….

today LSG talking mostly about ideas from his book “winning with honour” about branding, trust, difference between like & love, respect & honour, self actualisation & transcendence etc..

Rosalind made sukiyaki for >100pax successfully quite a feat! 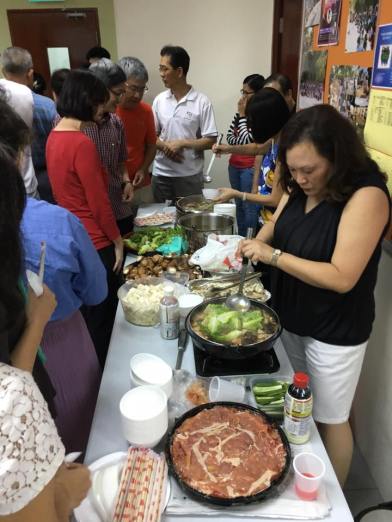 a lot of planning & logistics too – the beef & mushrooms, onions, scallions, soup etc…

the sukiyaki was restuarant standard la… 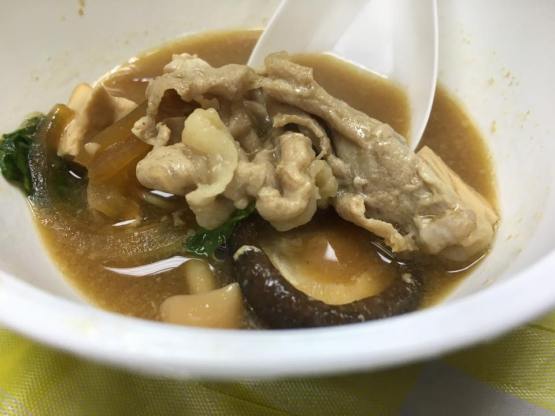 soup was not too sweet or thick, very tasty, & the beef & all the sides done excellently.

i was told they catered for 125pax.

there were 2 huge trays for each dish on food warmers.

i was asked to make a dish (always going for kok fai’s event & free dinner…haha)…& Ros was doing the hard stuff like sukiyaki for 125pax??? 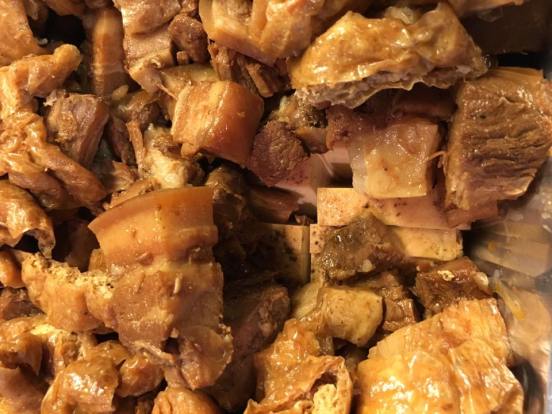 i had 2 kg of belly pork in crockpot cold on low setting for about 6hrs+, meat thermometer set at 90degC.

marinade was good & flavourful. after checking the texture was what i wanted, placed pork in double ziploc bag in chiller overnight. drained the stock & kept in fridge overnight. 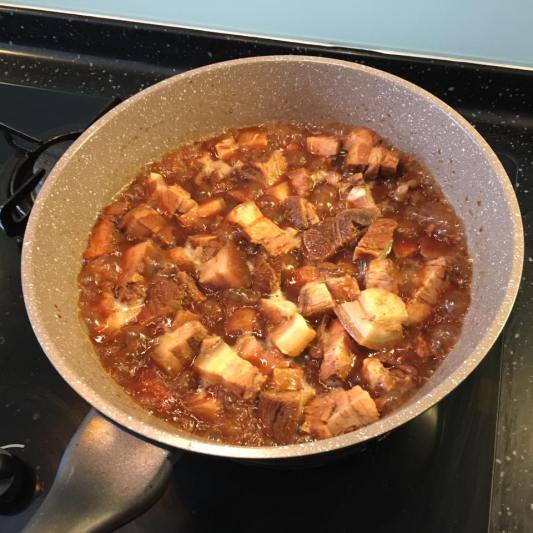 next day removed almost 3 heap tbsp fat from the stock, cut belly pork & heat them in the stock.

lastly boiled with taupok until soft & very tasty infused with the marinade, then put tau kua in aluminimum tray, belly pork on top, then added the stock/braising sauce & taupok on the top.

when i queued after finishing the sukiyaki, belly pork already finished…because it was probably enough to serve 30pax to 40pax… lol! 🙂