after our very “shiok” roast goose late lunch at fu kee congee 富记粥品, we walked along the opposite side on fa yun street 花园街 back to our hotel.

passed by hoe kee dessert 浩记甜品馆, just what we wanted after lunch! ^^

long while agp, used to remember only 许留山, & just like my other friends my way of remembering it is “楚留香”, but these days 许留山 expanded to chain stalls, it seems to become expensive & mediocre leh..

i once heard in the streets in hong kong someone saying “guai chor chow ng ho sek” which translated to once it gets expensive the standard deteriorates..which regrettably is often the case…street wisdom is often right…it’s not just the price, but the food quality actually gets worse.,,

the cheng chow is not sweet, the mango is sweet, some parts a bit sour, one piece quite sour, but the lotus was caramelised with sugar so nicely sweetened, & the whole thing blended perfectly. for me, i would think if you don’t add lotus, the dish may not be so nice. 🙂

all the paste here were very nice. i tried all of them my friends ordered – walnot, almond & also sesame.

they were just so perfectly smooth & not too sweet. super! 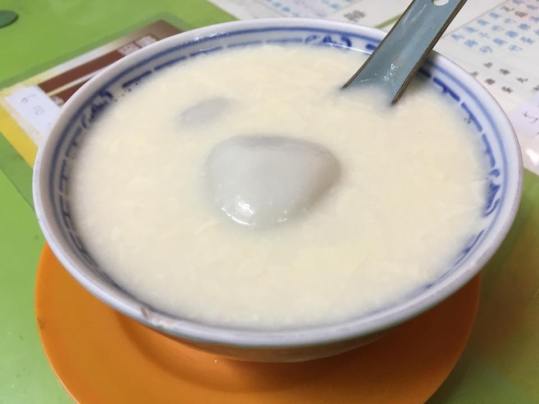 & the sesame dumplings gave a great combination of texture & taste.

on the first evening on 10.1.2016 i had the 腐竹糖水加汤圆 beancurd skin with sesame dumplings. i think that was the poorest of the lot. 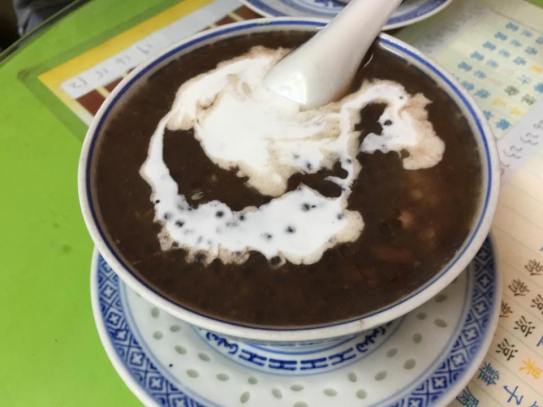 our usual cheeky friend asked for bo bo cha cha with coconut, 1/2 in jest? or maybe he was serious?

to my surprise, they actually had some kind of momo馍馍?? dish…like a mixture of items + coconut milk…a bit similar to pulut hitam…not my kind of dessert..haha!

after dinner on 13.1.2016, we went back again at 10pm+ (they opened till 1am) but the tiny shop was full so we skipped it since we already had it before dinner.