had expensive below par lunch today at lei gardens @ times square on 5.4.2015.

this was so different from the excellent lunch i had at 2 michelin star lei gardens at tsai yee street洗衣街 ‎mongkok outlet in 2013.

they had 2 seating & we booked 11.30am. we went to have a short walk at the mid-level escalators & stanley street & decided to eat some small portion of roast goose at yat lok.

so maybe we were a bit full & not great appetite. 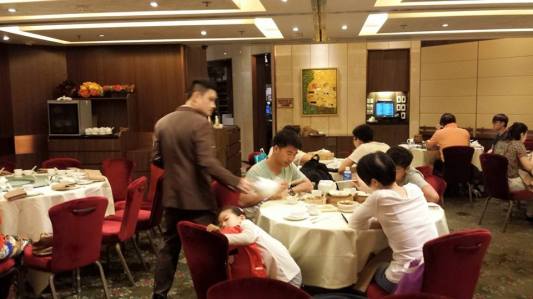 service was quite polite actually. these days service pretty ok though they were always busy to have much time with you.

it was ok i guess, but these days, my helper made such great soup on the slow cooker at home. also my memory of 鸡骨草例汤 at imperial treasure nanbei was that it was such a tasty soup this one really paled in comparison.

we ordered the hicken feet braised in abalone sauce HK$42. wife & son preferred the usual dimsum deep-fried chicken feet which we found out was just hk$32. 🙂

my son said he did not realise how nice the dimsum at timhowan were until compared with the much poorer ones here. in fact i think all of crystal jade, imperial treasure, tunglok & canton paradise are better.

the radish pastry was ok. 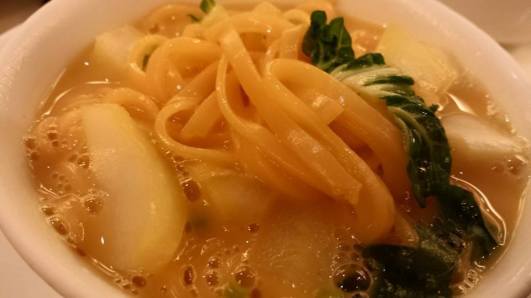 we took the recommendations which had the venus clams with sweet beans (top photo) & the noodles in lobster broth combination for HK$298.

the venus clams was the only dish that was good. the lobster broth noodles was tasteless, really a surprise for me. somehow the food did not agree with us.