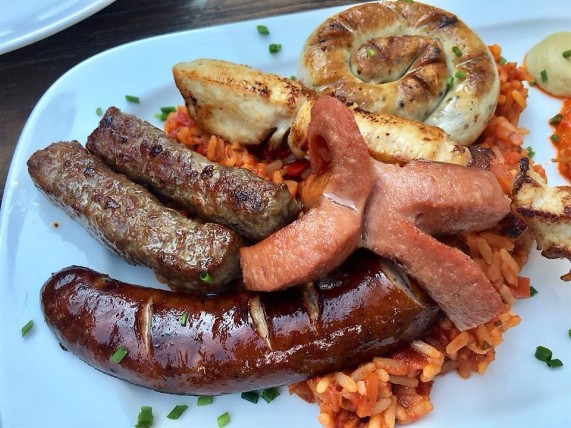 after the exhilarating climb at vogel, there was still time, we decided to go savica slap which was just 10mins drive away, on 17.9.2018. ^^ 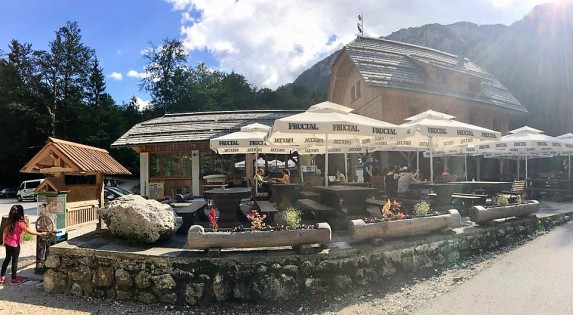 after we parked our car, there was a rest area for food & drinks before the entrance to savica slap. it was past 3.30pm.

we decided to get something to eat.

so we ordered a mixed grill to share & couple beers & drinks. i ordered a bitter lemon. 🙂

the place was managed by the vogel station and the service staff wore the same logo. 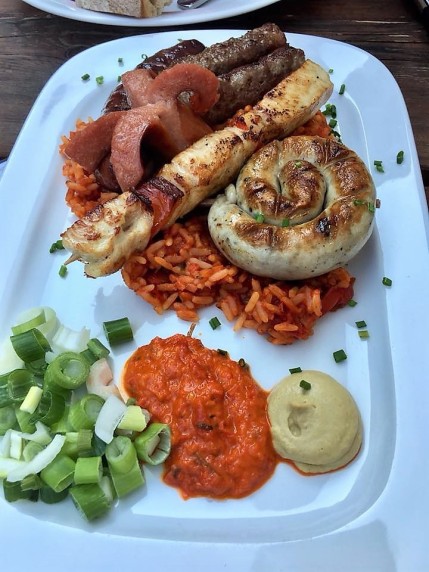 the mixed grill was quite good quality even though it basically served the same sausages, cevapi & grilled chicken as pod skalco last evening. perhaps we were hungrier now? 🙂 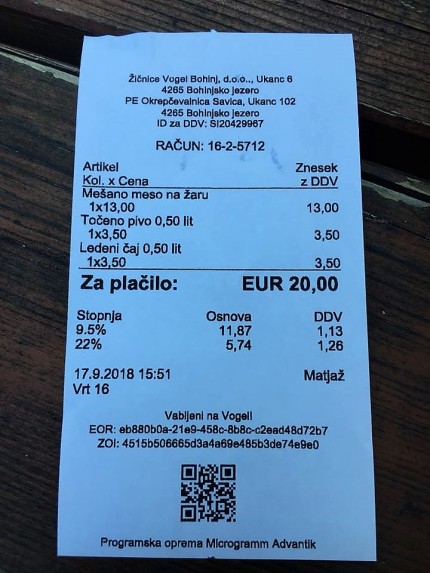 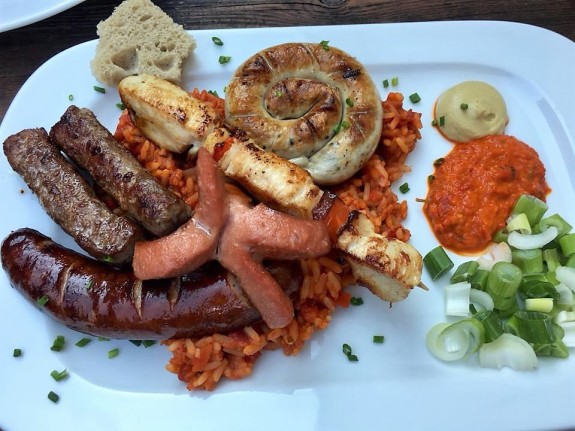 the 3 large sausages were all very tasty.

2 cevapi were tasty as usual & the grilled chicken was good too, not dry…the rice also pretty good & the sauce always. 🙂

they served us complimentary bread, and as usual we asked for olive oil & balsamic. it was quite enough for 3 of us actually. we would have dinner in a few hrs, and we climbed vogel and now an easier hike including 500 steps to savica slap, so it’s good to have something in the stomach w/o eating too much la.

but we are happy.