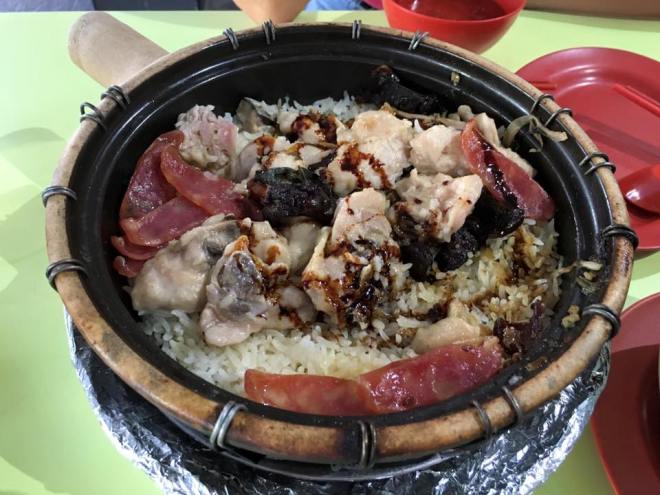 my wife & i are low on carbs and generally don’t eat claypot rice. 🙂

new lucky is very near my place, i knew of it for a long time but have not taken it here before.

just last week, the same friend was with me, but we were late & new lucky was closed by 1.20pm, we ended up having coffee at hans & sharing a sandwich. 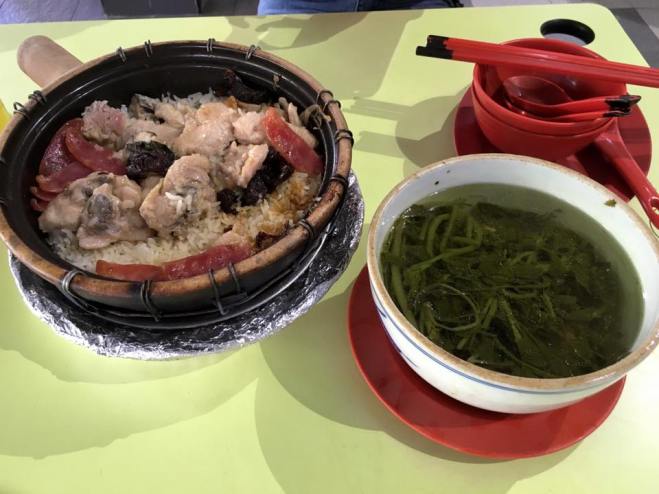 this time i was there at 5.45pm. my friend was already there & the food had arrived within 10mins of his order.

we shared a S$10 claypot rice for 2 & a S$4 watercress soup with pork soft bones.

the chicken was very tender, and i liked the pork & liver sausages. there was also the salted fish. 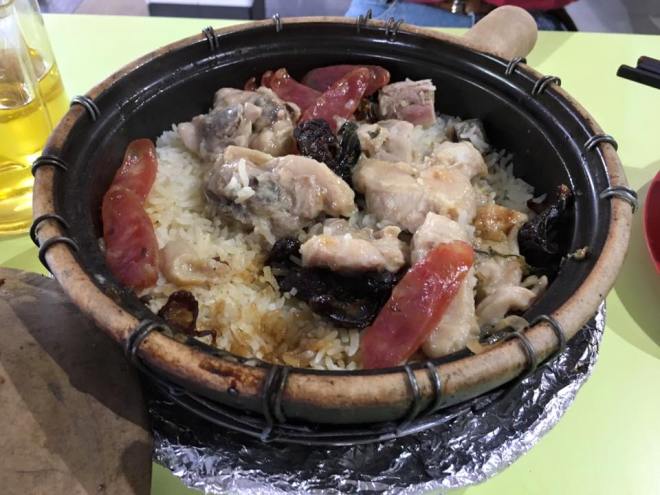 my friend said not to add the dark sauce, and to taste & enjoy the fragrance of the rice.

while i enjoyed the rice, it was really a lot of carbs for me. i am thinking i will try this dish myself, with a lot less rice, a lot more chicken. haha! 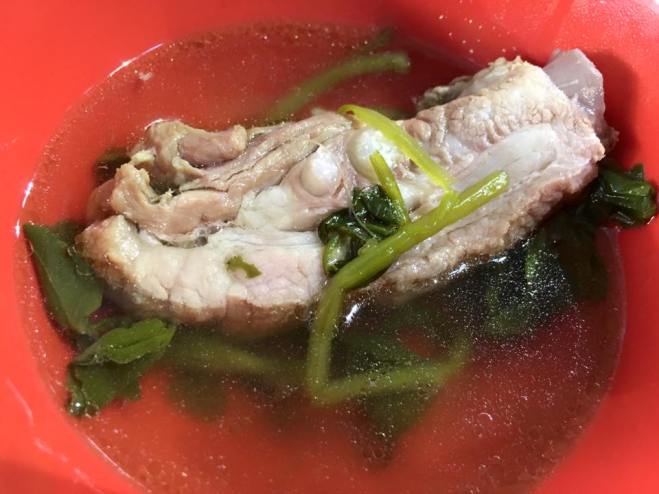 i like pork soft bones. this was good & make for a sweet tasty soup.

after dinner, we went back to my place for a cuppa then to SICC to watch the movie mission impossible – rogue nation.