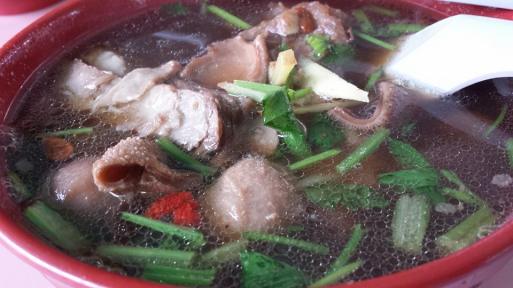 i came to whampoa drive food centre with my sis recently & i had the hoover fish soup & 幸福潮州小食 pig trotters.

i ordered the 4 in 1 mixed soup which had mutton balls, mutton ribs, tripes & tendons, small portion for S$7.

the soup was good. the portions were ok overall. mutton balls not good. there were hardly any tripe, very tiny pieces & not many. the mutton ribs were ok. there was 2 pieces of mutton leg so quite a bit of tendons.

comparing with the very shiok S$6 mutton soup at Chai Chuan Tou 柴船头羊肉汤 at blk115 bukit merah view, i have to say that 柴船头羊肉汤 is still better. it had a lot more mutton ribs & they were more tender & tastier, and there were a lot of nice tripe pieces. but it was a 2 in 1 which had only mutton ribs & tripes, so quantity wise maybe quite comparable & tendons are more expensive & yu ji’s tendons were very nice & generous portions. 🙂

anyway this is definitely a stall i would come if i come to whampoa market.

after taking kok kee wanton mee @ lavendar food square on 17.9.2014, we decided to walk over to chye seng huat hardware at tyrwhitt road for our cuppa. 🙂 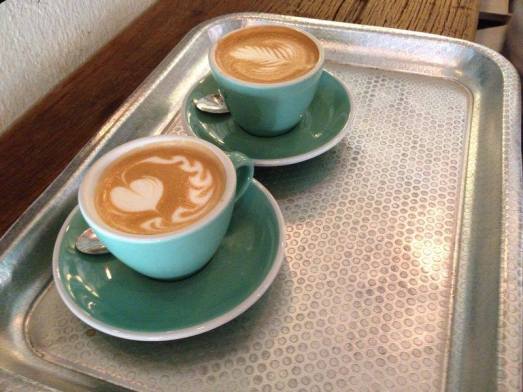 the cafe CSHH coffee bar was located on the ground floor of a building with the name chye seng huat hardware and a cool shophouse facade.

the interior was a nice chill-out ambience. at 430pm there were quite many customers but not full & we sat at a corner wall with a ledge & tall stools & a wall mirror so you could see the whole cafe when sat facing the mirror.

the coffee flavour was good & the frothed milk was velvety smooth & combined well with the coffee.

i had 2 really great cuppas during my recent stay in london – one was at monmouth cafe in covent gardens on 22.8.2014, and the other when we stopped for a cuppa at melrose & morgan during our walk along regent’s canal to primrose hill on 24.8.2014.

a nice coffee makes all the difference. i have a jura machine at home. i used to get the rather expensive lavazza coffee at culina but later found caffe aurora at qbfoods that cost 40% the price, and for me they were very good (or good enough). i had nice nespresso at my friend’s house after our weekly jog, and also at my son’s apartment in london. all of them were better than the coffee one gets at starbucks, so if i want to get a coffee outside that is NOT a S$1.20 kopi-c, it has to be a good cuppa to make any sense in spending that money! 🙂

for me, CSHH cafe bar’s flat white falls into that good cuppa category. 🙂 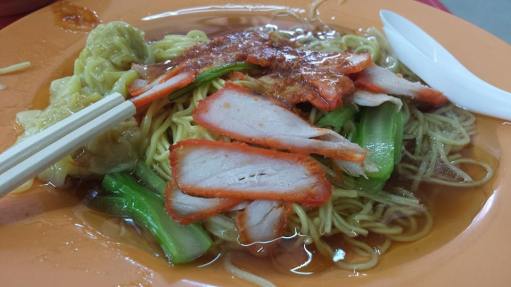 went with wife to mighty velo to service her bike & buy some stuff.
methink mighty velo prices in outerspace!  a bicycle helmet cost S$280 & the cheapest one that looked like the inner lining of an SAF helmet cost S$125. this shop not for me!
we had to wait 1hr for the service. wanted to have kok kee wanton noodles again before lavendar food square make way for 16-storey freehold development called ARC 380. according to a straits times report on 7.9.2014,
the other stalls to try are the whitley road fishball noodles, kin turtle soup etc… 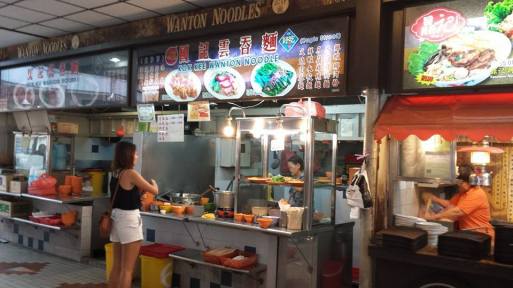 we managed to park at the tiny carpark. there was no queue at kok kee at 4.15pm.
the last time i was here was 22.3.2014. we ordered S$4 wanton mee each. this must be the only wet version in singapore i had tried. the noodles were al dente & not soggy yet not stringy.
S$4 kind of expensive for that tiny amount of noodles. but good tasting was what counted, & this was like the best wanton noodles i had, better than red ring & first centre. 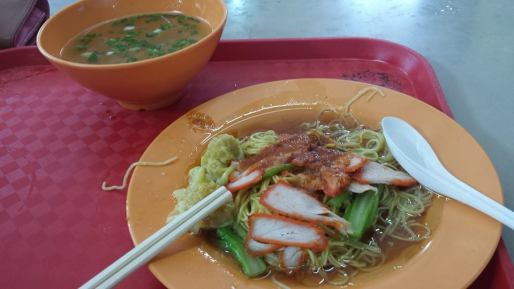 this the second time i tried & my views had not changed. may go back before 30sep to try the whitley road fishball noodles etc.

after wanton mee, we decided to take a short walk over to chye seng huat hardware at tyrwhitt road for a nice cup of coffee.