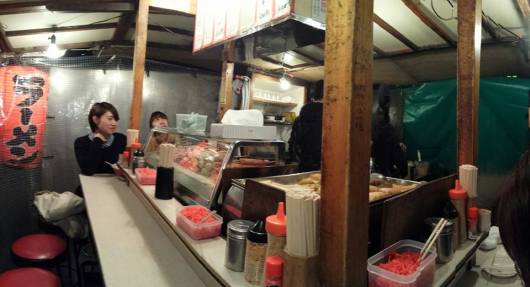 after a very delightful meal of sashimi omakase (haha!) in our JR kyshu blossoms hotel room, we had a good rest & took a stroll to canal city, ramen stadium & nakasu in the evening & to try out the yatai 屋台on 28.1.2015.^^ 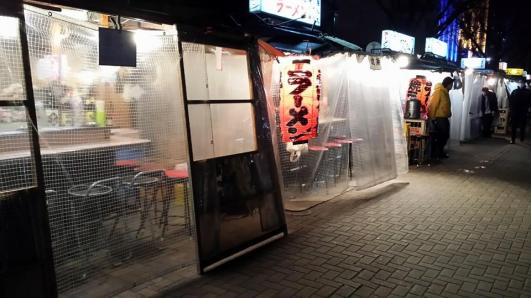 there are some 150 such street stalls in fukuoka. they can be found in tenjin, nagahama & nakasu.

i guess foreigners were naturally attracted to the idea of yatai 屋台. ^^

it seemed such a fun place, which locals also frequent. e.g. in the korean equivalent pojangmacha 포장마차 包藏马车, there’s a lot of socialising, people getting drunk & piggy-back home (in korea dramas..haha!). 🙂 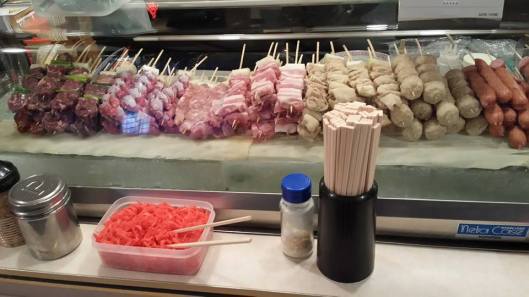 the yatai 屋台 we decided to try was on nakasu island by the river.

food was quite poor really, both the kushiyaki & also the ramen which was NOT even comparable to the instant mala chashu ramen & the kyushu black instant ramen i made at home. 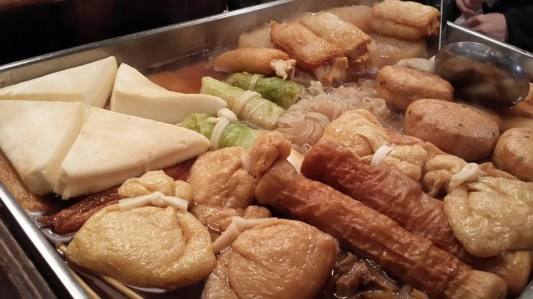 we did not take oden, not something we were interested. 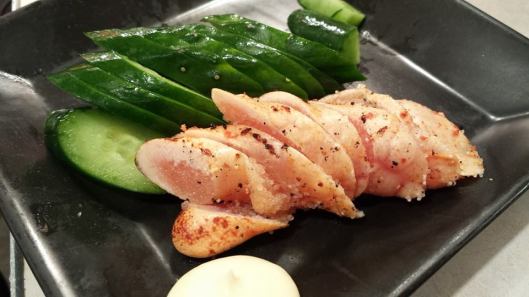 we had the grilled mentaiko. so so. 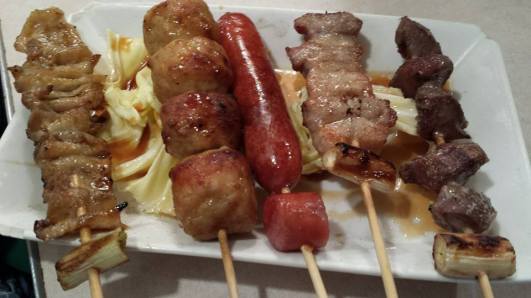 i guess the kushiyaki moriawase 6 for 800yen was not like very expensive, but my wife said they were not 1/2 as nice as tori-q, which is the truth, not that we even eat much of tori-q. haha!^^

this was a mistake! couldn’t understand what the stall owner said, we thought it was beef tripes (there was an english menu that said beef stomach) but it was more like literally beef fat!

ramen at the yatai 屋台 , don’t order it!

we should have tried at the ramen stadium instead. at least those looked as good as the ramen village (拉麺小路) at level 10 kyoto station. 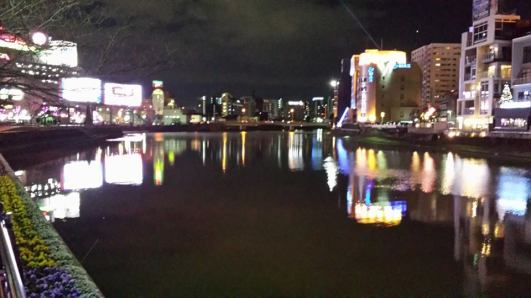 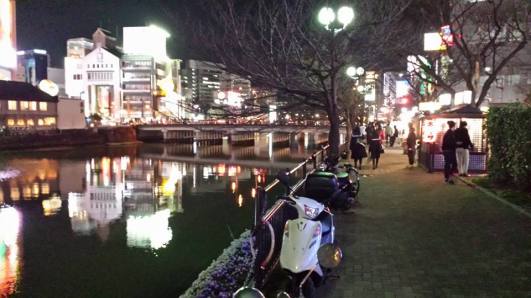 it was a pleasant place for a stroll in the evening. 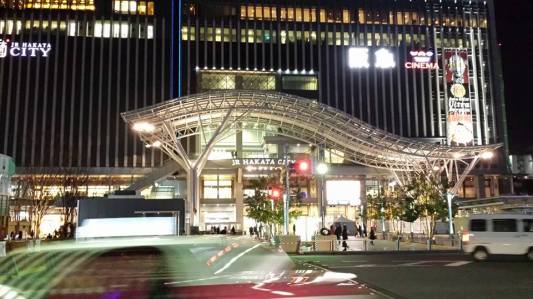 view of canal city from nakasu island side.

canal city was quite nice to walk through. not sure what was there to do.. shopping & more shopping.