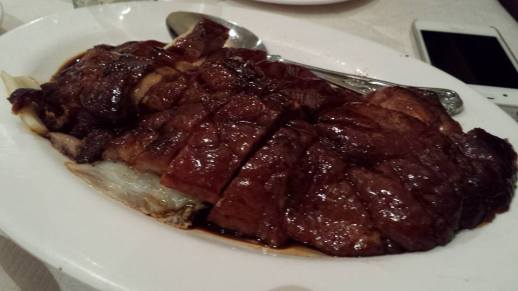 coming back from cambridge, we decided to go to the regent street nespresso outlet to get some capsules for my friend in singapore. we took the piccadilly line from king’s cross to piccadilly. i bought 50each of the black ristretto (intensity 10 arabica) & the purple arpeggio (intensity 9 arabica) capsules. 🙂

as we were near to four seasons in chinatown, we decided to have another go at roast duck just for the 2 of us. 🙂 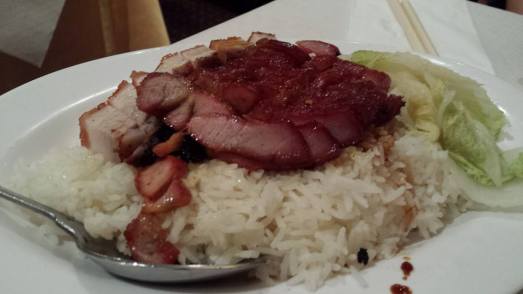 the roast pork (烧肉)  at gold mine was distinctly superior to this.

my last experience with four seasons was in 2011 & as expected the service was brisk & business like bordering on unfriendly or even rudeness i had come to expect in chinese restaurants (or for that matter in any restaurants like this of so many nasi chefs in singapore, & at la botte in stresa where business was so good & they were always full & so busy).

i spoke cantonese with the 40-ish lady server i mistook as from hong kong. she was fast in words & thoughts & forceful. later when she talked about high teacher’s pay in singapore (which i guessed was misinformation) i realised she not likely to be from hong kong  & she told me she came to UK from malaysia 22 years ago. anyway she was very nice to us & gave 10% student discount when my son asked. we were not expecting that as my son was dining with me & not his student friends. 🙂

well, for me, gold mine & four seasons are the places i will go back every time i am in london.