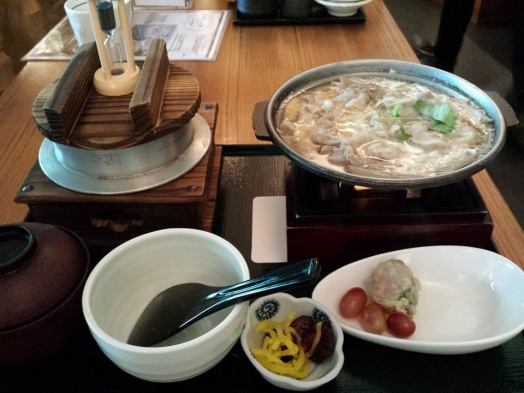 there was a 20% discount promotion for kamameshi set so i picked the unagi & gyu set & picked a kurobuta side dish (came with the set including soup & pickles). we also added a chawanmushi & a salmon sashimi (S$3.50 for each item). my wife ordered a maki & a green tea mochi parfait. we shared all the food. 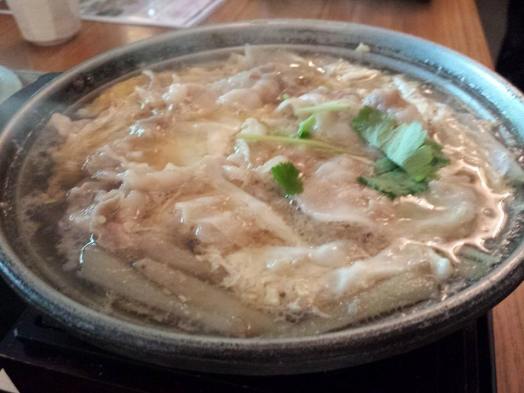 the kuobuta side dish was very good. there were 4 large slices of pork which came in a tasty broth. 🙂 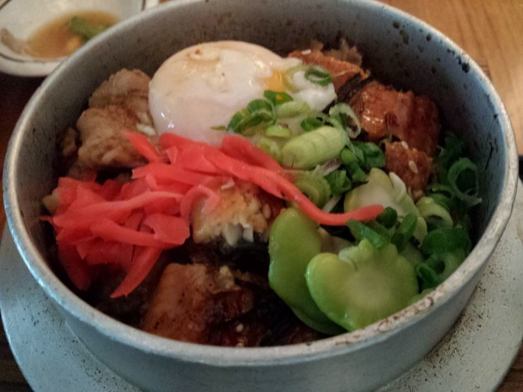 the kamameshi (釜饭) pot had a thick wooden cover, and they placed an hourglass for accurate timing….maybe 5mins not sure…

it was a very large helping. the rice was very fragrant, tasty & the unagi & beef were all good. 🙂 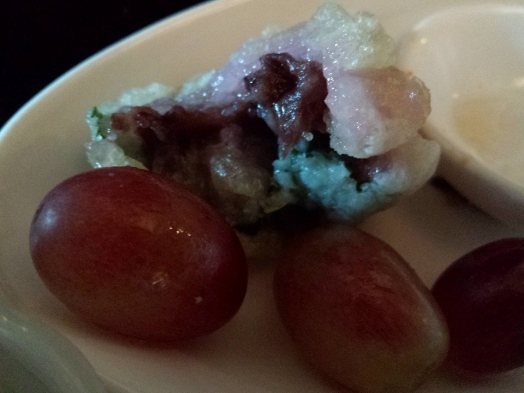 i ordered ice green tea which was included for the set & my wife added S$1 for her hot green tea. 🙂 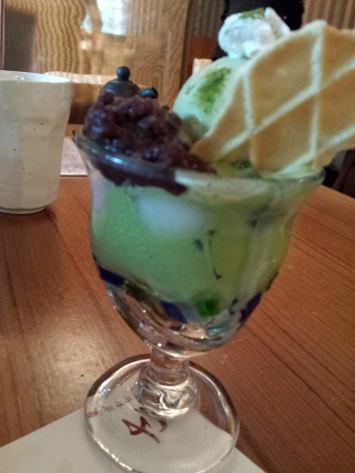 the mochi parfait was still nice though the price went up from $4.90 couple years back to $6.80 now.

forgot to take photos of the maki (S$15) but it was quite good though not a must have item for us. after 20% discounts, the kamameshi set cost S$24. all in we paid S$60. the other place i used to go was kuriya dining at great world city. however recently, prices there had gone up quite a bit, and the lunch sets i liked are now priced at S$68pax instead of S$58pax, a 15% increase.