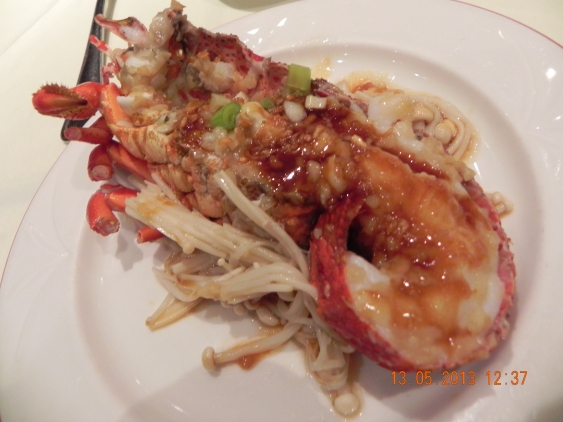 on the final day of our Hong Kong trip, we did not plan a restaurant to go to.

we first wanted to lunch at the seafood place Rainbow Restaurant at Lamma Island (南丫岛) after the excellent food pictures of mantis prawns, lobsters & what else in my friend’s Facebook set off our “tam chiak” (means greedy for food) cravings…alas we should have done that earlier as Rainbow was only open for dinner & we were taking the 8pm flight.

next we thought to go to Caprice @ Four Seasons, a 2 michelin star restaurant after looking at the online menu for Joel Robuchon, Pierre, Ember & Caprice set lunch. unfortunately Caprice was full for the Monday lunch.

we finally got Lei Gardens(利苑), which I always thought was among the best Hong Kong traditional chinese restaurants, especially their soup (例汤). the one nearest was at Tsai Yee Street洗衣街 ‎Mongkok outlet (as we were staying at Sam Shui Po) and that also happened to be the only 2 michelin star outlet (the other outlets were 1 michelin star). 🙂 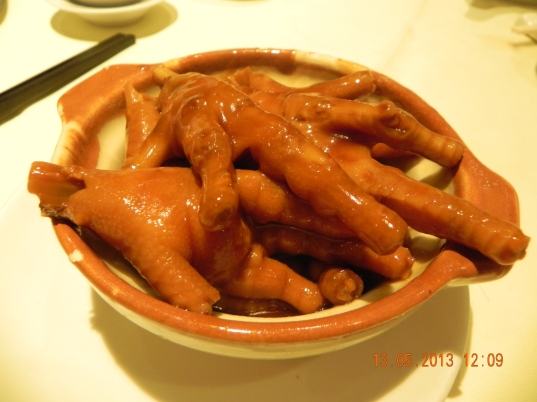 CJ ordered 3 dimsum items. the first – 鲍汁凤爪 braised chicken feet in abalone sauce – was the best we had thus far c/w Timhowan添好运 & 迎.  the abalone sauce was similar to that for abalone & goose webs so it was very tasty. 🙂 I guess the preparation was different from the usual deep-fried then steamed with black beans chicken feet so may not be fair to compare. 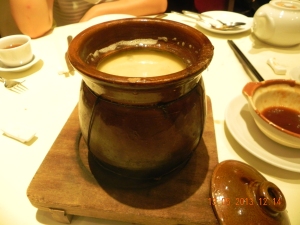 the soup (例汤) was good as expected,much better than Tao Heung 稻香 restaurants (which was also to be expected). however for this particular soup  it was no better than, & indeed not as good as, the many 例汤 I had at Imperial Treasure Nanbei (from green papaya to 鸡脚草). 🙂 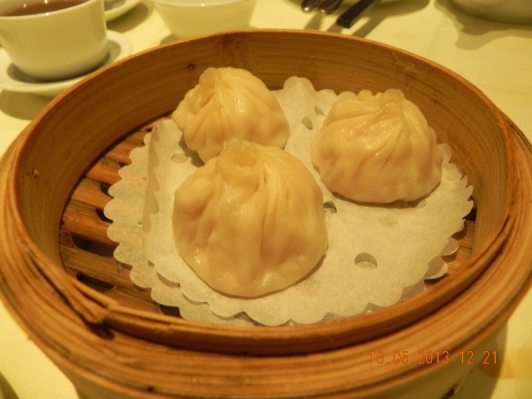 the 小笼包 didn’t look that great, skin looked thick but actually it was very good, the sauce/soup was very sweet & the skin was normal thin. 🙂 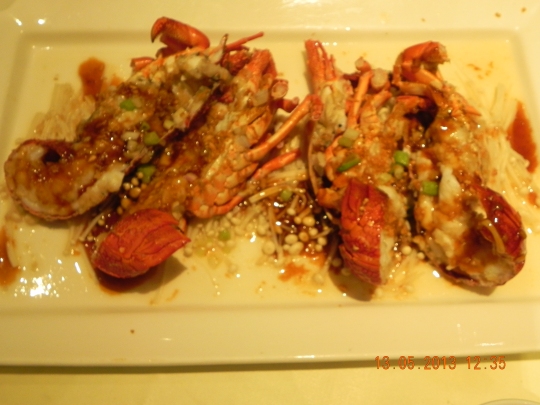 JK was pining for lobsters so we ordered a HK$598 twin dishes combination (common in Hong Kong). the star dish was 2 small lobsters halved 上汤局 steamed in superior sauce with golden mushrooms – this was very good. 🙂 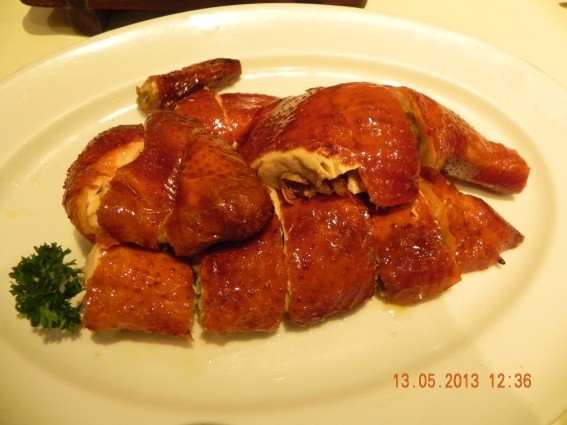 the 1/2 roast chicken had very crispy skin & was tasty so no need the usual 5-spice salt dip. in Hong Kong they called this the 龙凤 dragon phoenix pairing. 🙂 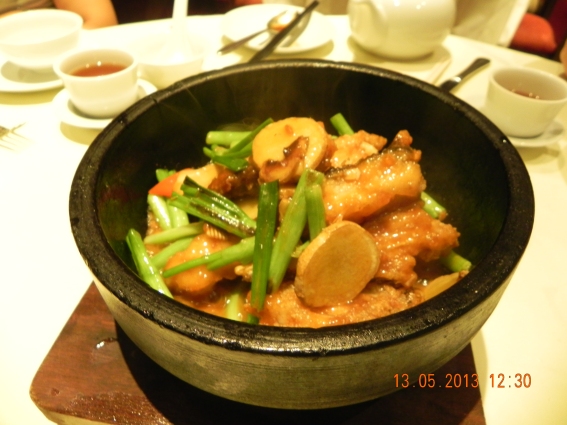 we had another HK$298 2-eats combination.   the 海斑 (garoupa) in claypot was also good tasting very flavourful. it was different preparation, not better than a steamed whole live garoupa but very good the way it was done. 🙂 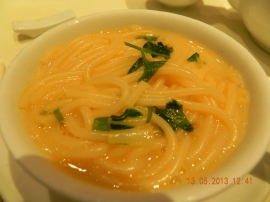 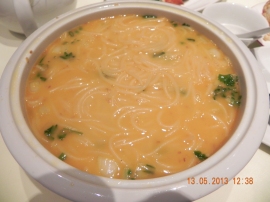 the other dish was a thick beehoon in seafood soup – no fish or seafood but very tasty like our good fish beehoon. 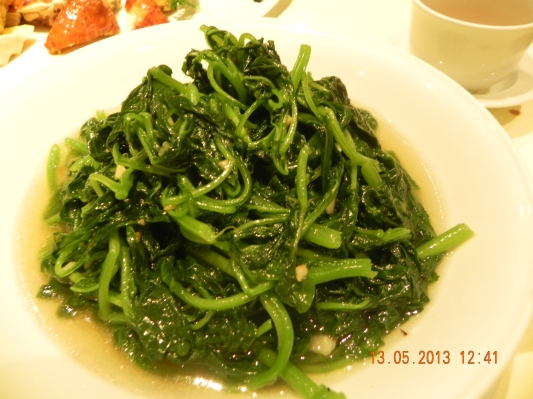 and in Hong Kong, always order vegetables. the garlic heng chai was very good & flavourful too. 🙂 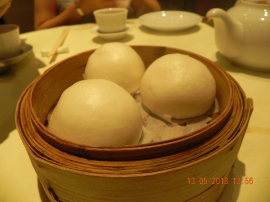 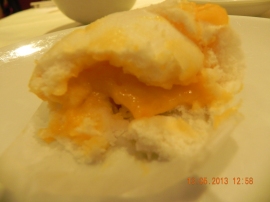 both JK & I were fan of 奶黄流沙包 custard egg bun. this was good, but I guess no better than Royal China or Imperial Treasure in Singapore.