daughter bought dinner @ babette on 18.9.2015 to celebrate an important occasion for her. ^^

ambience was quite cool i guess, though a much lower level of decor c/w say foc. the table & chairs were like canteen sitting.

service was really poor because of shortage of staff. we waited very long to be served even after signalling to the servers several times. 😦 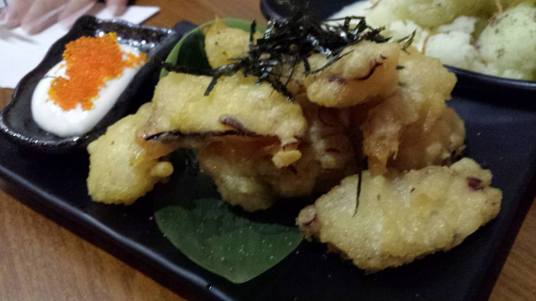 octopus tempura was poor. octopus was tough, batter was not tempura standard. 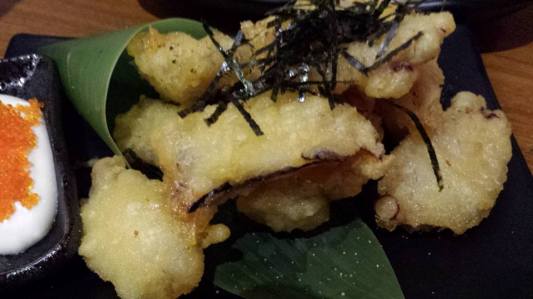 but perhaps that is to be expected. octopus are usually sous vide (eg our favourite tako kakiage at mikuni) or slow braised & grilled. octopus done by this preparation will almost certainly be tough. 😦

cauliflower was ok i guess but non-descript.

this barachirashi don must go down as the worst ever! 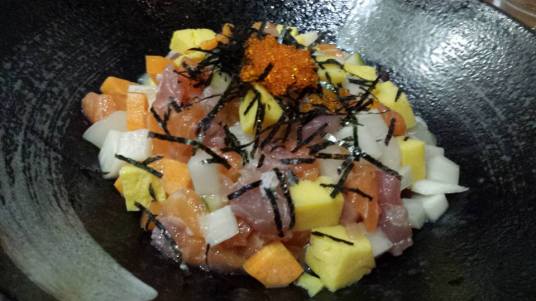 yes!! the worst barachirashi don in Singapore! they have pickled carrots & radish mixed in the barachirashi don??? made the don overly sour unlike a sweet vinegared don. never had such preparation before.

even the photos may look quite pretty, but in terms of taste, this would be 1 if sumiya’s is 7 & sun with moon@wheelock’s is 8.

the chilli crab linguine was also the worst i ever had.

it’s the standard of any fast food or cheap pasta joints. 😦 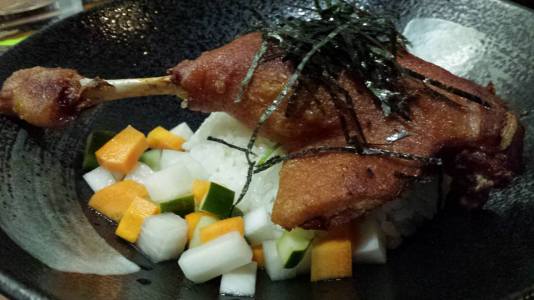 the duck confit was very good though. may not be better than saveur or concetto but it had good crispy skin & the meat was very flavourful & not very sinewy.

the don was not much taste also, but at least the duck confit was a saving grace. it was very expensive though at S$28 c/w saveur & concetto!

the steak & foie gras don was the best of the lot!

the steak was very good. 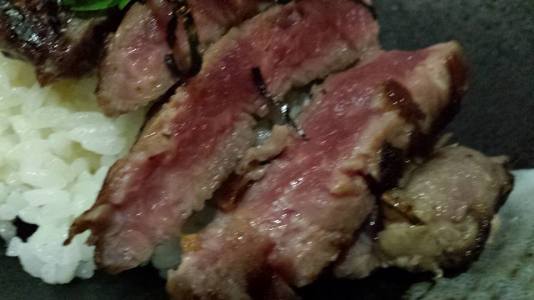 think the steak was an average cut so the preparation was really quite good to give it nice bbq flavours & not tough texture.

i made my own steak don the next day. my steak was very good but a better cut, 150D grain-fed black angus striploin, so quite commendable for the steak don here.

chicken wings was surprisingly good. better than what my helper makes, which is a very good chicken wing. we added the order at the end & it took forever (like another 20mins) to arrive. 😦 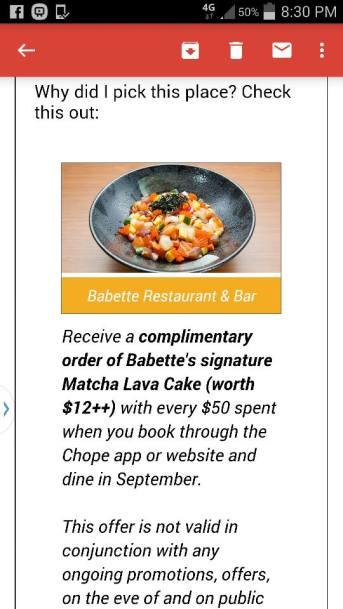 babette does not honour chope’s offer of complimentary lava cake for every S$50 spent!

we had a bad experience though-

restuarant did not honour the chope’s black & white offer of a complimentary macha cake for every S$50 spent! 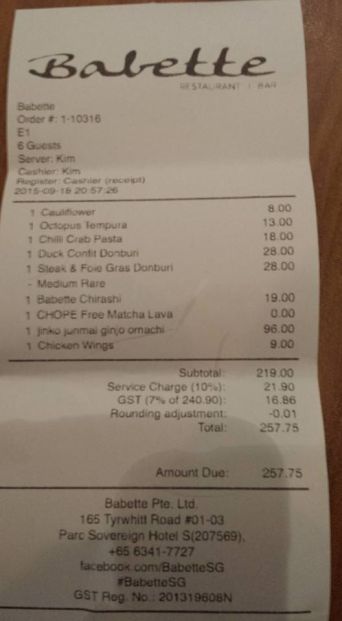 i asked for just a second macha lava cake (afterall we spent 5x the every S$50) but the restuarant refused.

i guess the management & staff are not properly schooled in service recovery. 😦

i did not like the macha lava cake either. macha was very sweet & very strange combination of flavours unlike the macha parfait kind of flavours which i like (say) at sun with moon. one good thing though was that my youngest daughter liked it. just as well we only had 1 complimentary cake.

having tasted some early successes in my creamy mushroom soup venture, I thought since I am already down the path of using the blender (which I had thus far mostly avoided to do) why not trail further and try other soups. after all whether it is blending mushrooms or blending potatoes, leeks, cauliflowers etc, it cannot be too far off. and so far my faith has been rewarded. 🙂

my next venture is this beautiful cream of cauliflower soup recipe, again from none other than Chef John of Foodwishes.com. I am falling in love with this guy.

I first sweated the celery & yellow onions for 5-6minutes in a soup pot with some olive oil over medium heat until the onions turned translucent. Then I cut the cauliflowers in small pieces, threw in a potato that has been peeled and quartered, then threw in the cauliflowers. I then added 5 cups of vegetable stock & 5 cups of water enough to cover the cauliflowers, bring to boil & turn down the heat to medium low and simmer for 30 minutes. That’s when the potatoes were “smashable” – it would collapse when you pushed it against the wall of the pot. I let  the soup cooled down & then blended in batches and pureed to a smooth velvety texture. I then added sea salt to taste, and the soup was basically done. I added the heavy cream when I heated up the soup again just before serving. 🙂

for the bacon gremolata, I followed Chef John’s concoction – first frying cut bacon to crisp, then added fresh bread & toasted it in the bacon fat on low heat until golden & crisp  to make breadcrumbs. I then added lemon zest and mixed them as in above picture. 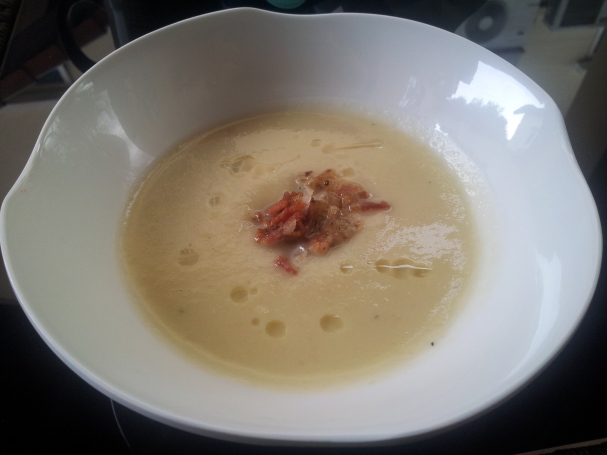 I then served the soup with the bacon topping & few drops of truffle oil. My wife & daughter both liked this soup. I must say the bacon gremolata made quite some difference – the saltiness of the bacon & the crisp texture went very well with the soup and fragrance of the truffle oil. 🙂

for the bacon gremolata: