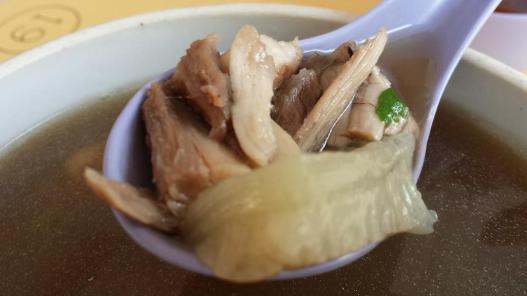 went to sembawag park for an early morning stroll with 2 friends/old schoolmates yesterday. they were living in the area during school days so knew the place really well, and also very good at identifying the flora & fauna. 🙂

after the pleasant walk, i left to join another friend for lunch at havelock hawker centre. i had some business dealing with this friend in the past. he is 10 years my senior, picked up photography 4 years ago, & after selling off his business 2 years ago, is now very active in travel photography & recently started to be involved in charity missions. 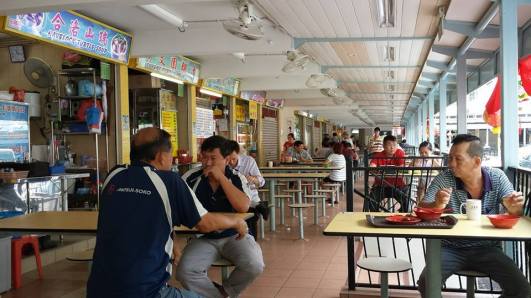 this stall was introduced to me by a friend after the saw my Facebook posting on tan ser seng. i was keen to give it a try. 🙂

timing was good, just before the lunch crowd, and so easy to park.

soup was tasty. there were lots of meat, gelatine & some innards. chilli was spicy, and overall taste was very good. ^^

i didn’t think it was comparable to tan ser seng though.

nor fu he at jalan berseh food centre (in fact i think fu he had the best deal for the price).

both had more intense & tastier soup & also turtle paws etc. but for S$10, this was very good for the price. i would probably just order a S$15 bowl for sharing & try the other food like kueh chap & the fish soup which seemed popular.

the yam rice was quite ok. again tan ser seng’s was more much fragrant & tastier but it cost S$1.30. 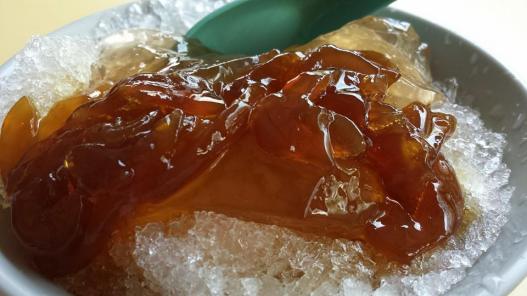 my friend went to grab some dessert. he had sea coconut jelly & i had soursop jelly. as good as any place & only cost S$1.50!

this place is expensive viz a viz fu he @ jalan berseh food centre, which was really good!, but i figure about the same as turtle house (which is now located along geylang road between lor21 & lor23.

later a friend on Facebook recommended another (hawker) place havelock turtle soup at blk 22 jalan klinik, enter from havelock road. will try that some weeks later.^^ 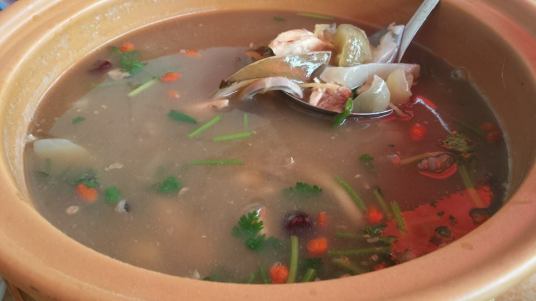 we loved the turtle soup. it was tasty & not overly strong with herbs or too thick. it was light, with fragrance of herbs & tasty. there were lots of gelatine parts, paws, innards etc.^^ 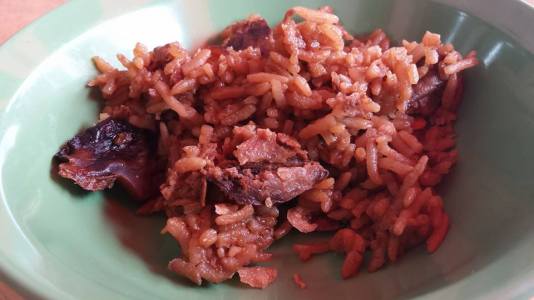 & the yam rice was S$1.30 per bowl for a quite small bowl (above photo though was just a small portion from the bowl). 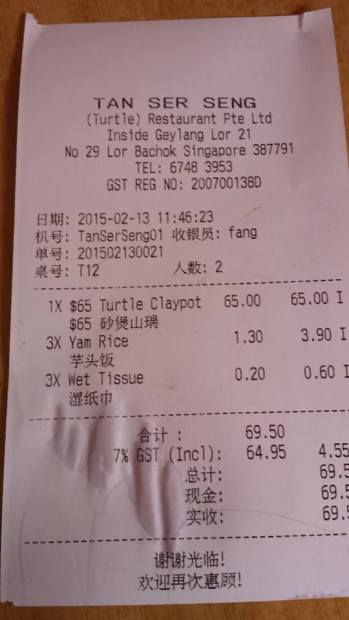 anyway, main thing is we all enjoyed it very much. 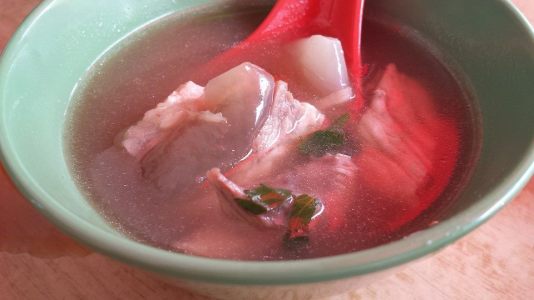 we were there at 1130am so parked right alongside the restaurant. at 12pm many tables were occupied, carparks were still available. if you are parking at the open carpark, you have to enter from lor21. we entered from lor19 as at the time there was no difficulty to get parking along the road near the turtle soup restaurant.^^

we all decided to go early. at 1130am, the – at lor bachok (TSS is at shop unit No.29 lor bachok, alongside geylang lor 21) was quite empty. one friend managed to park along the road right next to TSS. 🙂 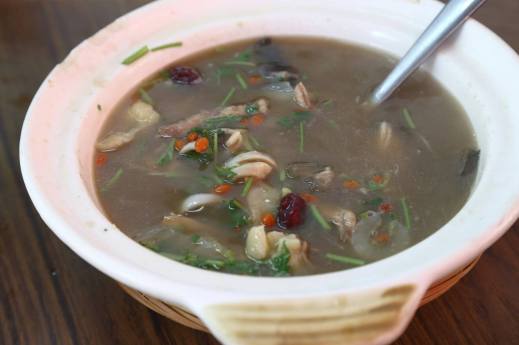 we had 5pax taking the turtle soup. the server advised us to get 2xS$50 turtle soup (medium).

it was more expensive as 2xS$50 shared by 5pax=S$20pax whereas we had S$40 shared by 3 at fu he. but i felt i had more turtle meat which included all the good parts – the legs, the jelly (soft shell) & little bits of fat. overall i am very happy with this lunch.

they have this rule restricting soup refill to 1 time, but the bowl was kind of tiny for refill for a S$50 bowl. at fu he, we got a huge refill of soup. for me though, it was enough & i didn’t need so much soup even though they were wonderfully tasty. 🙂

the black chicken & cordyceps chicken looked great too. again S$13 was kind of ex, but important thing was it must be good. 🙂 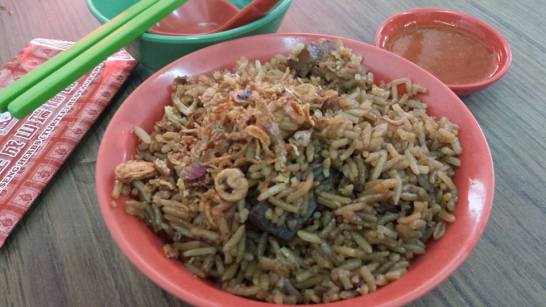 i will definitely come back here again to enjoy this yummy dish. 🙂

this mutton soup stall at blk115 bukit merah view is my favourite chinese mutton soup place, which is NOT saying much as i don’t know many mutton soup stalls & i had not ate here for quite many years (the ones i had taken more recently were  the excellent kambing soup at bahrakath @ adam road hawker centre).

in fact, i can only remember 1 other very good mutton soup stall, which is the one at amoy street food centre. i think i also tried one along smith street many years back but no impression really. and talking about it now i recall another mutton soup stall at berseh food centre where i took the fu he turtle soup recently, but also not much recollections of the taste.

anyhow today, 2 friends suggested to have 羊肉汤 at bukit merah view. but some of us already planned to go tan ser seng at geylang 21 to have turtle soup. luckily 1 friend called TSS & found out that thursday is their rest day, so 2 of us decided to join the mutton soup gang instead, making up 4pax. 🙂 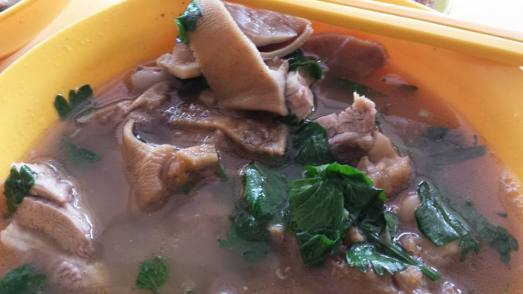 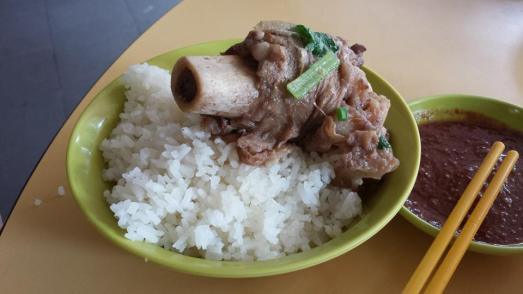 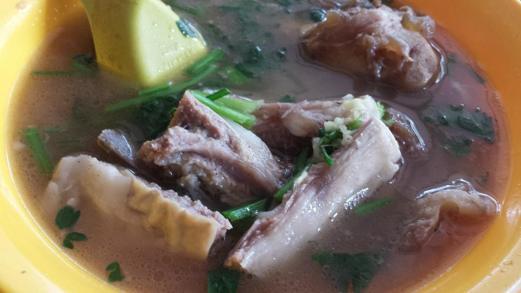 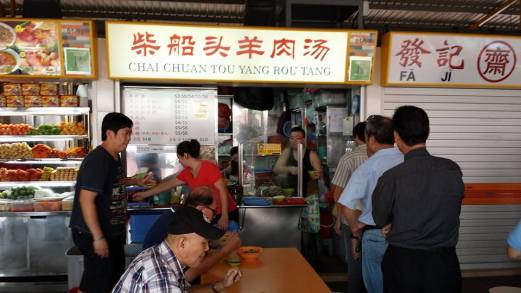 i was at the carpark at 1120am, the LED signboard said FULL alamak! 😦

fortunately turnover was fast & i got my parking lot almost immediately. the 2 friends who were earlier were already in the queue (about 4th in a 10+ person queue which grew), smart guys. we ordered 3 bowls of meat + tendon and for me, 1 bowl meat + tendon + stomach. i did not take rice.

wa….it was really shiok! didn’t miss 羊肉汤 until then as i relished the really tasty broth & the excellent meat, stomach, tendons with the chilli. i must have this again! 🙂

the queue continued to be 10+pax, and my friend said if you came after 1.30pm, likely everything was sold out, and no more liao!

anyhow, few of us are going to tan ser seng turtle soup next wednesday, so maybe i will come back to this later in sep. 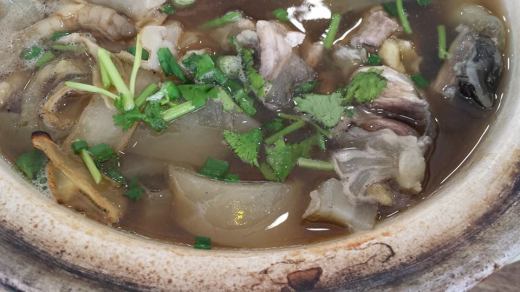 son wanted to take turtle soup, and that after gobbling up my experimental salted egg curry leaves prawn spaghetti.

this was our favourite turtle soup place, but we had not taken this for a while now. anyhow we went to brightshill to pay respects to ancestors, then proceeded to berseh food centre. it was about 1.45pm on a sunday on 10.8.2014. 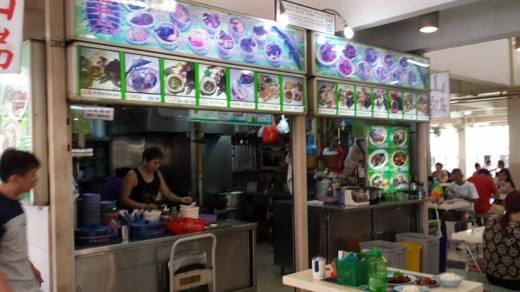 we ordered a S$40 pot. it seemed a lot more expensive than the last time which must be several years ago. we used to take like S$25 or a big portion (supposed whole turtle) at S$30. but now they said we don’t get the cartilage if we ordered S$35, so S$40 it was.

it was really good though! 🙂

the soup was heavenly, very sweet & flavourful. and it came with a lot of meat. i liked both the meat pieces like the leg with skin & meat & muscles, and also the plentiful pieces of soft cartilage. real yummy! 🙂

and of course they refilled quite a big portion of the piping hot soup. 🙂

the herbal soup came with lots of cordyceps & i think “huai san”? i remembered in the very early days, i always thought cordyceps (冬虫夏草) were worms that lived through winter & died in summer & became a plant. much later i learned that actually it was a parasitic plant that consumed the worm as it grew.

it was a wonderful dish after not having it for so long. the famous S$2 sungei road laksa was just round the corner so we decided to walk there & take the laksa as well. 🙂